2014 has been one of the hardest years of my life, and I can’t wait to see it fuck off into the annals of history once the clock strikes midnight this December 31st. Too many friends and comrades have passed away way too soon, and it’s put a damper on even the best parts of these past dozen months. We as a community have weathered the loss of many fine musicians, artists, and even legends over the span of our collective existence, but man, 2014 really hurt. Amongst others, we lost Jason McCash. We lost Corey Mitchell. We lost Athon (no one called him “Jonathan” except his mother. He was – is – Athon). 2014 reaffirmed something I first learned when I was seventeen, while my mother lay comatose in the ICU for months on end and my dad tried to drink enough to forget the words “brain aneurysm.” Life is fragile, it is fleeting, and it is fucking precious. You never know when your light will go out, so you might as well get out there and live the best life you can. You only get one shot, and you never know when the hammer may fall.

I always contribute to a bunch of year-end lists, but this one is always my favorite. In lieu of getting all “music critic” on you, I’ll just be honest: the fifteen albums on here are the ones I loved the most this year (I’m leaving out EPs ‘cause there are far too many of note). It doesn’t hurt that they are, critically speaking, exemplary releases in and of themselves, but more than anything else, these are the songs I turned to when things were getting too dark for even your pal “Grim Kim” to handle.

These lists are never perfect; I always forget something crucial, or overlook something else, only to fall in love with it three months from now. I do wish I’d spent more time with Vermin Womb, Giant Squid, Execration, Chapel of Disease, Mare Cognitum, ZOM, Cadaveric Fumes, Symptom, and that Cult of Fire EP. A lot of my too-close-to-cover friends released killer records (you know who you are). Outside of country stuff, Sol Invictus, Blood and Sun, Disemballerina, and Trepaneringsritualen were my favorite non-metal releases of the year, and make for excellent wintery listening. Overall, though, the following fifteen records are the ones that made me smile most.

This French quintet conjure up glorious, cerebral, atmospheric black metal from the Lovecraftian depths. Their first album Al-Azif was impressive, but its successor is truly something to behold.

New Zealand is renowned for its insanely stacked extreme metal scene, and with apologies to Witchrist, Sabbatic Goat, and Vassafor, Diocletian is the cream of the crop. As it rips through slice after slice of absolutely furious black/death, Gesundrian is positively barbaric in the best possible way.

This truly is death metal at its apex. I dare you to find me a better current death metal band than Dead Congregation. Go on, I’ll wait.


Eyehategod has never let me down before, and they didn’t let me down on this album. It’s their first new full-length since I was in middle school and hadn’t yet discovered the joys of these NOLA legends’ syrupy black tar sludge. Coming from someone with their artwork tattooed on her arm and almost twenty of their shows (in four different countries) under her belt, what more do you really need to know? Spanish extremists Teitanblood surpassed even their loftiest past efforts with this simply and purposefully-titled full length. It’s completely psychotic. Labels like “black metal” and “death metal” tremble before the unhinged cacophony on offer here, and girl, it hurts so good. I’ve written about Nightfell on here before, but it bears repeating: they fucking rule, and if you dig Autopsy, Nux Vomica, or the thought of their hypothetical lovechild, Nightfell is for you. Dank, dark melodic death metal with a fantastically dirty production and killer vocals – what more could you want?

Nux Vomica’s M.O. since its inception has been to blend seemingly disparate elements to create something startlingly cohesive and utterly overpowering, and they did a damn fine job of it. On the now sadly-defunct band’s lengthy swansong for Relapse, they finally achieved perfection. Crust, d-beat, atmospheric doom, sludge, black metal, death metal – it’s all there, and it’s spectacular.

Listen: “Choked at the Roots”

As I’ve said elsewhere, Primordial is Ireland’s greatest metal export (though there are plenty of whippersnappers like ZOM, Malthusian, and Vircolac nipping at their heels). It’s impossible to overstate the elegance and power of the Dublin lifers’ latest effort, Where Greater Men Have Fallen. Rousing heavy metal meets stately doom, a bit of residual black metal, and strong Celtic folk melodies to create something that’s damn near perfect.

Listen: “Where Greater Men Have Fallen” 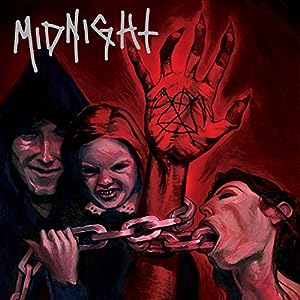 These atmospheric occult Greek black metal veterans came out of nowhere with a fantastic new album (their first since 2009) that didn’t make nearly as many waves as it deserved. This shit should’ve stirred up a goddamn tsunami on the power of its riffs alone, so allow me to encourage you to sit the fuck up, and start paying attention right now.

Listen: “Realm of the Obscure”

Iceland’s got one of the most exciting black metal scenes in the world right now, and Sinmara is one of its newest and most potent forces. Comprised of current and former members of Svartidauði, Slidhr, Rebirth of Nefast, and Wormlust, the Reykjavik-based entity proves its chops with technical flair and unrelenting intensity as it harnesses black/death chaos.

Superb black metal art from Russia’s finest black metal institution. Thrashy, melodic, and biting cold, Old Wainds invokes the spirit of the old gods (think Second Wave) and make it all look easy. This comes highly recommended, of course, especially if you prefer your black metal to err on the side of tradition.

Listen: “Not the Sun Nor the Moon”

Thou keeps improving with age, an impressive feat considering how great even their earliest material was. Heathen is an absolute triumph, a powerful and cathartic record that cuts to the quick and slowly, armed with feedback and noise, crushes its captives into dust. It is beautiful and terrible in its might. “There is only this moment, this very moment.”

I left this out of most of my other year-end coverage because I only got a copy very recently, but even as a late entry, this thing annihilates the competition. Somehow, Wildness Perversion has summoned that classic eerie, cobwebbed Mortuary Drape sound some nineteen years after the release of the band’s most revered albums, Secret Sudaria and All the Witches Dance. Gloomy occult black metal doesn’t get any better than what these Italian masters of horror dish out.

I’ve written a lot about how much I love this album, so it’s no surprise that it’s held its place as the best album of the year since the moment I heard its first stirring notes. Vindsval’s return and conclusion of the Memoria Vetusta trilogy couldn’t have come at a better time, and serves as a master class in crafting icy, bombastic melodic black metal. You need this in your life… trust me.

Metal Sucks Greatest Hits
0 -
12 Embarrassing Albums That Everyone Owned Back In The Day
0 -
Watch: Bruce Dickinson Rips On Fan for Smoking Weed at Iron Maiden Show
0 -
What Will Happen When a Member of Metallica Dies?
0 -
Video: Vocalist Performs Ten Styles of Metal, Complete with Appropriately Silly Lyrics
1210 -
MetalSucks Exclusive: Behemoth Frontman Nergal’s First Interview Since Being Diagnosed with Leukemia
0 -
I Am The Working Class: The MetalSucks Interview with Fenriz