Ghost have announced a North American headlining tour in support of their new album, Meliora. It’s called the “Black to the Future” tour, which is a cute pun… one which God Forbid — a band whose line-up was actually 80% African American (or maybe 60%, if you consider that the Coyle brothers are half-Caucasian) — thought of years ago, resulting in some fantastic merch which I, as a lily-white man, never thought I could get away with wearing:

I never saw it, but apparently there was an episode of Family Guy that also used the same gag: 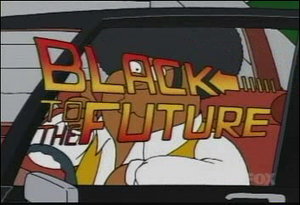 Still, nothing about Ghost is exactly “original,” per se, so maybe don’t hold this against them?

In fact, I highly recommend attending this tour if you can; I’ve said this before, but now I’ll reiterate that this band is really fun live (I wasn’t even fully sold on them ’til I caught them in concert).

Metal Sucks Greatest Hits
0 -
Give a Heavy Metal Valentine’s Day Card to Someone You Love
0 -
Avril Lavigne Must Be Stopped
0 -
Former Attack Attack! Bassist John Holgado is the Stupidest Human Being Ever
220 -
Hey Guys, Did You Know That Virgin Steele are From Long Island?
0 -
Twenty Hard Rock and Heavy Metal Celebs’ Mugshots
0 -
Watch This Kid Perform Europe’s “The Final Countdown” Entirely with Hand-Farts