Foul Alchemy #5: Gnaw Their Tongues, All The Dread Magnificence of Perversity

Correction: the last edition of Foul Alchemy incorrectly stated that Kayo Dot reunited to perform Choirs of the Eye, despite the fact that the band is still together. The article should rather have stated that the band resurrected its original lineup for the one-time performance of the album.

When inspiration hits, it hits hard. Yeah, there’s plenty to be said for taking your time with producing music, but time spent isn’t a guarantee for making a good record, and that doesn’t change how many of the best albums of all time were produced in less than a week. One of the huge advantages of running a solo project is that you can harness that inspiration as soon as it strikes, without needing to make any compromises over musical content or intense, subjective themes.

That’s probably a primary explanation for why so many solo artists – and especially black metal solo artists – have been able to produce such extensive discographies without any loss in quality, and why many of those artists will always produce better music on their own than when collaborating with other musicians. Gnaw Their Tongues mastermind Mories, who has spent much of his career as a solo artist, is one such musician who is clearly more comfortable in solitude than in a band setting. Today we’re going to look at Gnaw Their Tongues’ 2009 full-length and dig deeply (though not too deeply) into the inner workings of this exceptionally deranged project. 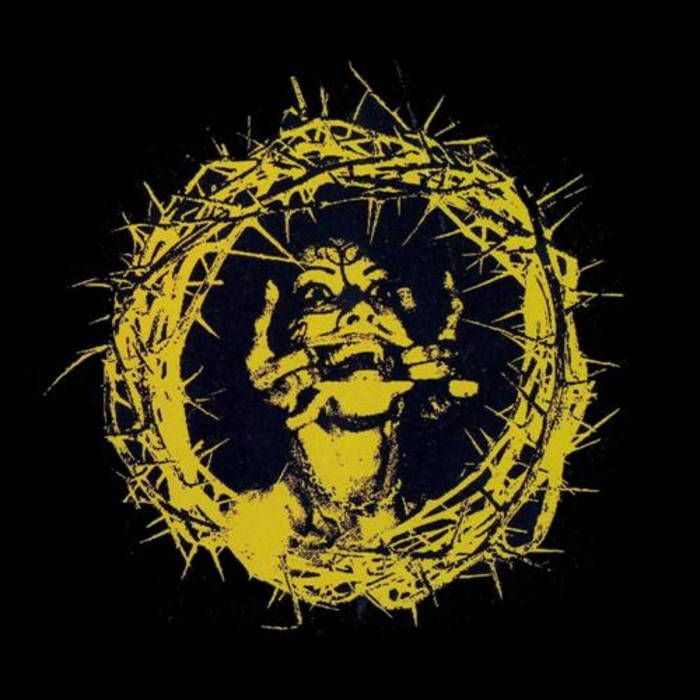 Gnaw Their Tongues – All The Dread Magnificence of Perversity (Crucial Blast, 2009)

What is it about electronic music that pairs so perfectly with black metal? The flexibility, of course, is important – electronics have been incorporated into a pretty disparate variety of black metal over the years – as is the ability to create warped, grandiose soundscapes and the tendency for solitary production. That air of mystery, though, really ties the two together. It’s the fact that you can’t determine how each timbre came to be; the ability to create glitches in the= psyche; the ability to add a dash of cold sterility to an otherwise human recipe. Gnaw Their Tongues harnesses that mystery, but Gnaw Their Tongues is only loosely black metal. Unlike something like A Grand Declaration of War, which uses electronic elements to sharpen and contrast its metal ones, All the Dread Magnificence of Perversity simply incorporates the mystery of synths and samples into its overarching murk and muddle.

There are no guitars here; instead, there’s only pummeling bottom-end, keening vocals, anxious dark ambient lulls, droning walls of synths, and factory-scale clanks and clangs. Every so often, what sounds like a riff creeps in, but any semblance of traditional hook or rhythm usually is buried by its context within a matter of seconds.

The most intriguing aspect of Gnaw Their Tongues is probably Mories’ sheer sonic variety. There’s such a wide array of sounds here that you could spend years and years trying to fully penetrate the album’s layers. I thought my smoke alarm going off was part of “Broken Fingers Point Upwards In Vain” for about thirty seconds; if you listen to this album on public transportation, you may find yourself turning around every few minutes to see what kind of mechanical malfunction is going down.

All the Dread Magnificence is ambient in the same way as something like Aphex Twin’s “Spots” – it’s difficult to grasp any one song or section for any length of time, but it isn’t so easily ignored. You can neither devote your whole attention to it nor push it into the background. This quality locks you in a strange state of limbo where you can’t focus properly on the album or on anything else.

All the Dread Magnificence is atmospheric in the “wholly smothering” sense, not in the “Explosions In The Sky-style crescendos travel down the left hand path and back again” sense. The whole thing is kind of torturous, not unlike some Abruptum releases, which is more than likely Mories’ goal; whether you want it to or not, it gets under your skin.

On a sonic level, All The Dread Magnificence might be more noise than metal, but it is undeniably metal in spirit – in the way its quieter moments are as disconcerting as its cacophonous ones; in the way it firmly establishes itself as an unignorable entity right from the get-go; in its stubborn, relentless refusal to let up for even a single second.

This is the point of the article where I’d normally make some qualification about how the album may be ugly on the outside, but possesses a certain beauty that reveals itself given enough time. That is not the case here. Despite the energy expended, the album never reaches a cathartic resolution; the longer you listen, the more time you spend with The Dread Magnificence of Perversity, the uglier it sounds.

Yet Mories clearly has a wealth of inspiration and artistic talent on his hands, as this entire project could have resulted in a gibbering, unlistenable mess rather than the grating but appreciable record it is. It’s as far from a walk in the park as you can get, but if you hate yourself, your ears, and everyone & everything around you, you just might like this album.

All The Dread Magnificence of Perversity is available for streaming and download via Bandcamp. Gnaw Their Tongues’ most recent release, Abyss of Longing Throats, is out now via Crucial Blast.

Foul Alchemy welcomes reader feedback. Please send all suggestions, backmasked Satanic messages, and ornamental fruit baskets to news AT metalsucks DOT net with FOUL ALCHEMY in the subject line or drop them in the comments section below.

Listen to all of this week’s heavy new releases from Sibiir, Gnaw Their Tongues, Venefixion, Sumac, Babymetal, and tons more!

Metal Sucks Greatest Hits
1570 -
Frankie Palmeri’s Track By Track Breakdown of the New Emmure Album: A Track By Track Breakdown
0 -
50 Things You Never Knew About George “Corpsegrinder” Fisher’s Neck
0 -
The Single Greatest Analysis of Nickelback’s Work Ever Written
0 -
Etienne Sin: What the Actual Fuck
0 -
I Am The Working Class: The MetalSucks Interview with Fenriz
0 -
Why There Will Never Be Another Metal Band as Big as Metallica