To check out all of our staff’s 2016 year-end lists, click here

As I’m sure many have and will point out, 2016 has been an exhaustive challenge to my (and our, as in society’s) will and ability to survive. As a result, I spent the year feeling very behind on new music, because I couldn’t bring myself to seek out new bands and albums with the same fervor as in years past, particularly in metal. I wanted comfort, and my tastes grew darker in some regressively nostalgic way that I haven’t experienced in a decade or more.

Alas, a select few new albums snuck their way into my rotation of old favorites, so take a look below and please leave suggestions of anything in a similar vein you found that I missed out on — I’m feeling refreshed knowing December 31st is just around the corner and could use some celebratory revisiting of things that slipped by my radar. 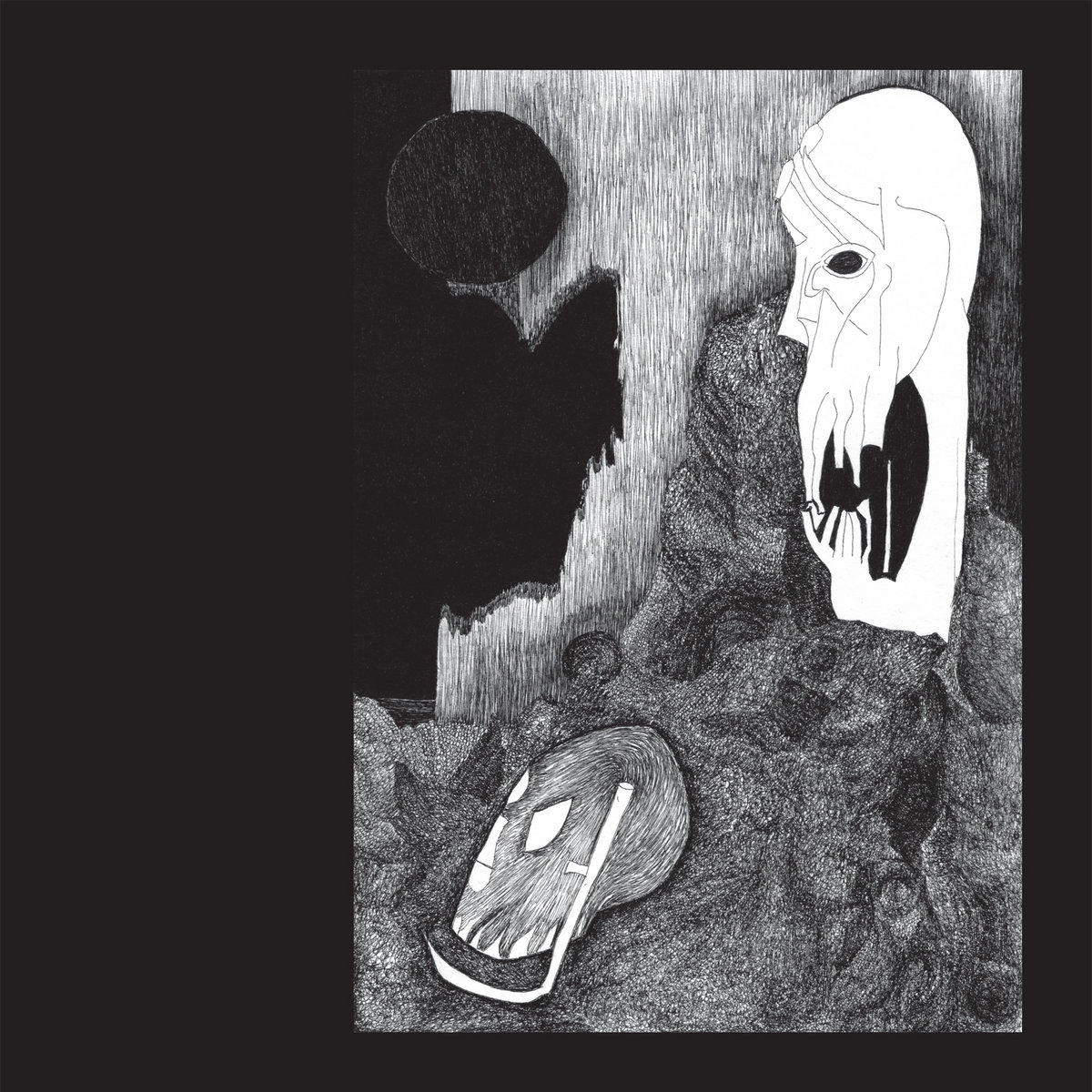 The masters of pastoral doom deliver again only a year after their last achievement, Night of Your Ascension, and they keep it as weird and beautiful as ever. One of my biggest disappointments this year was missing their NYC show, so here’s to hoping they keep kicking out new music and have an excuse to come back soon. 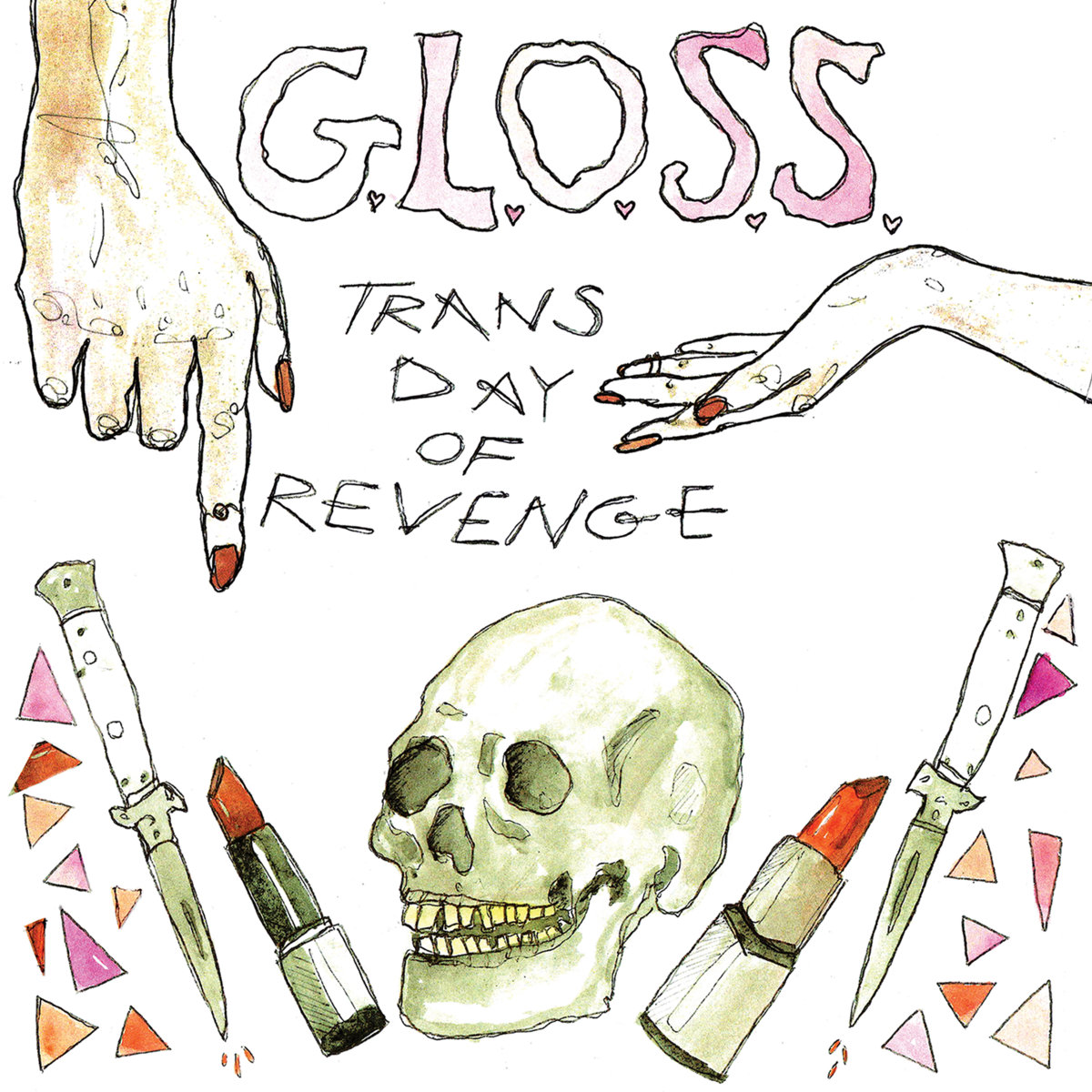 Not metal, but the crossover between hardcore and metal is so vast that who fucking cares. This is the most pissed-off record of the entire year, and one of the only I’ve heard that adequately addresses sociopolitical issues in a meaningful way without coming off as pandering, corny bullshit (lookin’ at you, Le Tigre). They broke up rather than accept a deal from legendary punk label Epitaph, which is not only extremely punk, it might just be the exact thing needed to solidify this EP’s legendary status in queer hardcore.

I felt really blasé about Witchcraft’s last album, so when this dropped early in 2016, I didn’t have my hopes up. Something about the slow burn enormity of the build up in opener “Malstroem” hit me like a ton of fucking bricks though, and it’s an album I’ve revisited frequently throughout the year when I need to cry to something tragic. 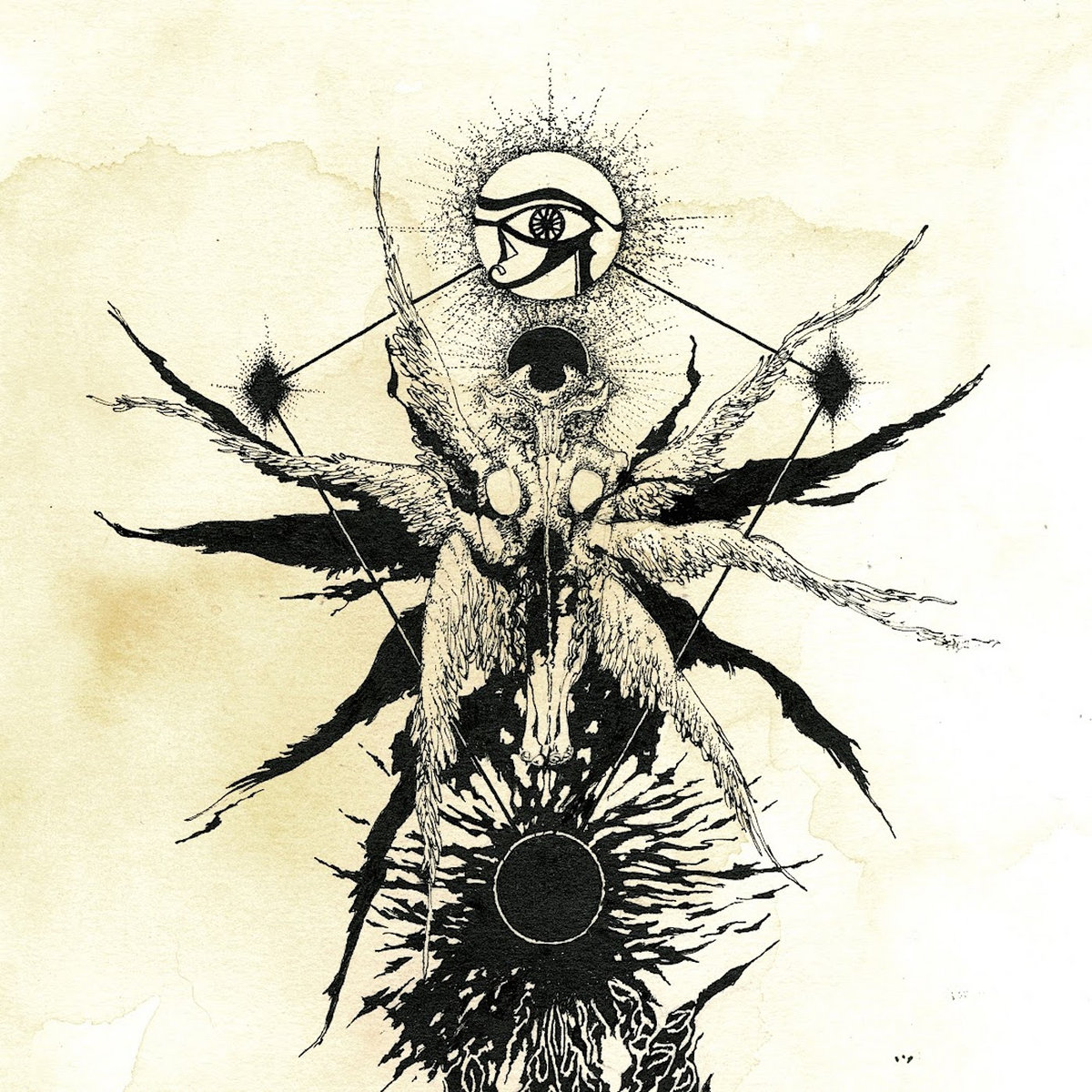 If albums had a smell, this would undoubtedly reek of vinegar and piss stirred into a vat of rancid blood. It’s vile and furious and caught my attention within the first thirty seconds, and I’ve kept it in solid rotation ever since. 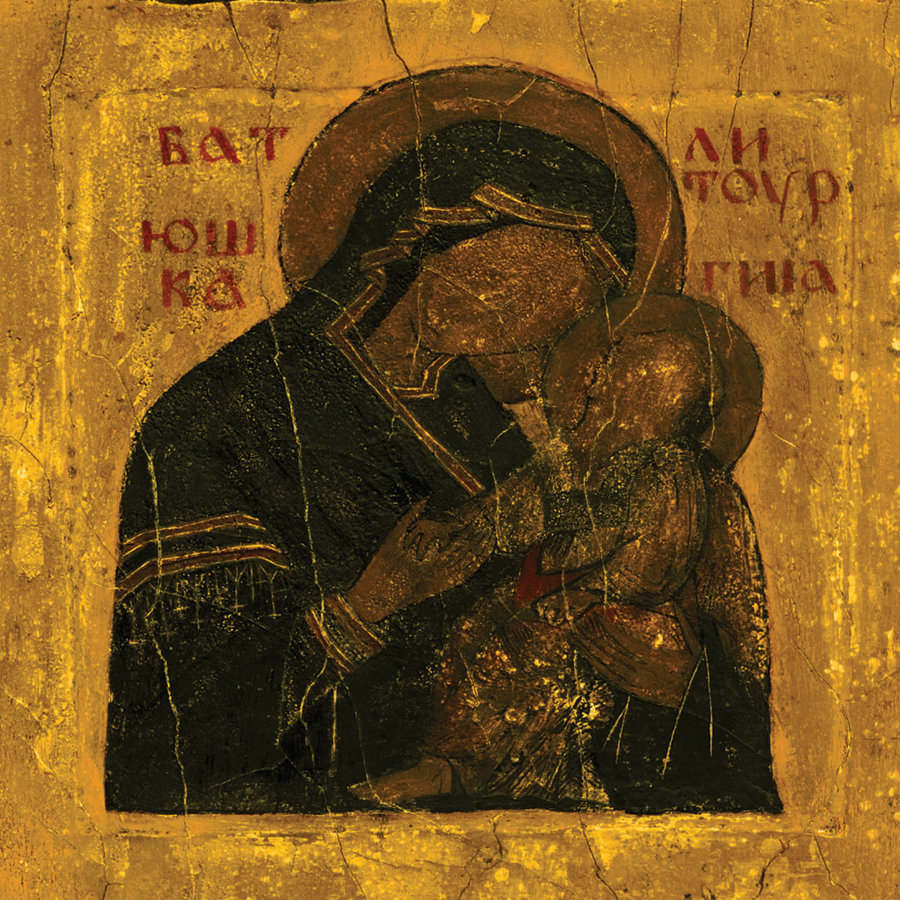 Sneaking in a latecomer from December 2015, since it’s too good to ignore. This band is doing that whole “shrouded in mystery” thing and I really dig it. Anything that seamlessly blends orthodox music and black metal is basically guaranteed to get me wet.

10. Cult of Fire – Life, Sex and Death (Beyond Eyes Productions)

No three words really encapsulate the human experience quite so adequately, right? This band may only be six years old, but they certainly capture a mystic, ancient sound on this mini-album that defies those years. Kind of makes me want to do yoga in a hooded cloak, but in a cool way.

If you’re reading this or any year-end metal list, you already know why Darkthrone rules. 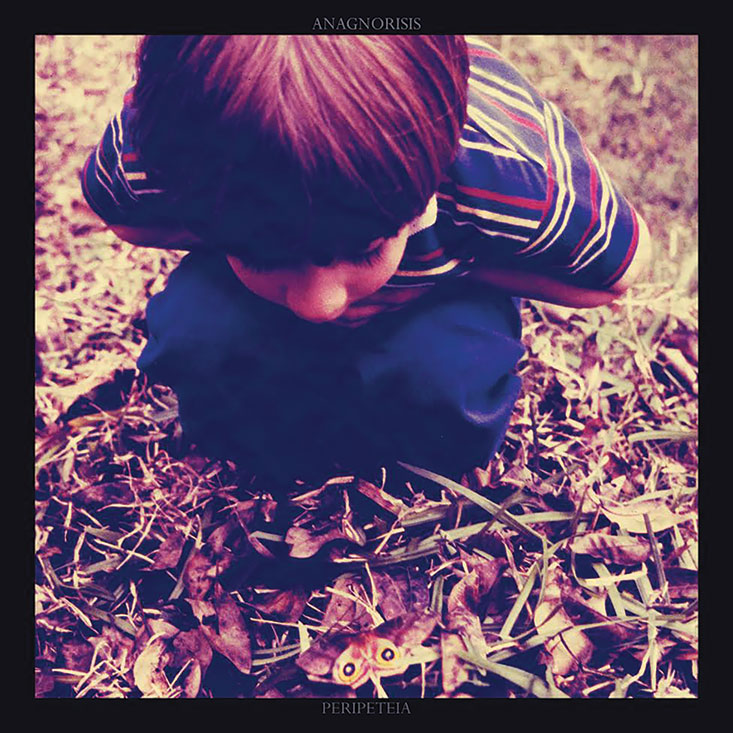 This band deserves heaps of praise for not only following up a fantastic album (2013’s Beyond All Light) with an even better one, but for doing so in a profoundly personal way. Utilizing actual clips from vocalist Zachary Kerr’s childhood that were gifted to him by his mother after his father’s death in 2010, the interplay between these touching snippets of youth mixed with the aural assault of a band at their peak give us one of the best black metal albums of the year.

7. Subrosa – For This We Fought the Battle of Ages (Profound Lore Records)

I’m a sucker for many things here: a well-executed violin in a non-traditional setting, painfully heart-wrenching vocals and lyrical content, a brutal post-rock sounding climax when the male vocals finally kick in, etc. The thirteen-minute-plus opus “Wound of the Warden” let me know this wouldn’t be a disappointing follow up to 2013’s “More Constant Than the Gods” when I first heard it back in July, and the longer I sit with and revisit this album, the more attached I become.

This filthy little gem delivered exactly what I needed on its release: an immense wall of destruction often set over deceptively groovy drum parts polished. Add in the best vomitous death metal vocals of the year, and you have Sombre Doom.

Depressed and dreamy in a year when I often felt the same, this album was the perfect meloncholic companion to the disaster that has been 2016. Just last week I listened top it top to bottom during a two mile walk home in the pouring rain (which sounds like the plot of  a nineties movie starring disenfranchised post-collegiate romantics), and no other album this year managed to simultaneously comfort and weigh me down so beautifully.

I don’t have a particularly compelling argument for why the vocals and percussion seemed to hit all the right spots here, but I kept coming back to this album in my darker moments throughout the year, so here we are.

Until this year, industrial was a passing interest of mine at best. This has been a year of taste exploration for me though, and in part to Youth Code, I’ve been slowly filling in the gaps and trying to explore the genre more fully. Their best work to date, Commitment to Complication  feels like a sexy blackened futuristic sex dream, and I look forward what we’ll hear next out of this Los Angeles duo.

I’ve listened to this album far and away more than anything else new this year, and boy have I caught a lot of shit for it. Many fans don’t like the “new” sound but for me, this is the closest thing to an occult sex ritual set in an Orthodox church you can get. I finally caught them live back in September and they are not fucking around: not only was fighting and general rowdiness tolerated, it was dramatically encouraged. At one point I got kicked hard enough that the remnants of a small hematoma remain on my shin to this day.  It’s a great reminder  of one of the most intense performances I’ve seen and participated in since my early twenties.

My most anticipated release of 2016 did not disappoint. Their previous two EPs and live show hooked me years ago, and a full-length gave them the perfect avenue to expand that irascible energy into something that feels more cathartic and complete. Long live the new kings of noise rock.

Sponsored Links from Across the Internet
Show Comments
Related Articles
Editorials 0
Why My Favorite Metal Bands of All Time Didn’t Release My Favorite Albums of 2016
January 5th, 2017 at 1:43pm Vince Neilstein

Runners-up include Vektor, Cult of Luna and Julie Christmas, and The Dillinger Escape Plan.

We published our lists. Now it’s your turn.

Tony talks 'The Toxic Avenger,' Panic At The Disco, and…