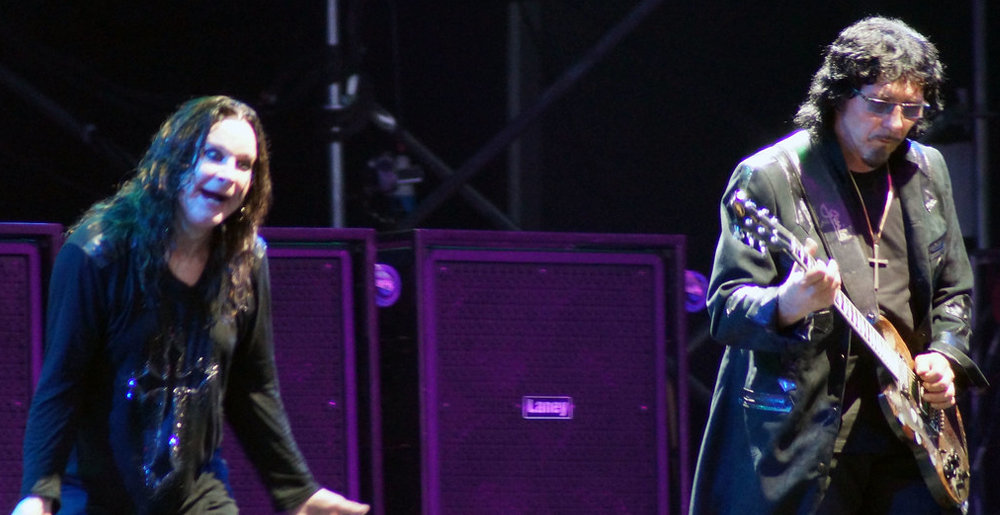 Ozzy Osbourne on Tony Iommi: “Do I like Working with Him? Not Really.”

For the third time in as many months, Ozzy Osbourne has made it clear that he didn’t enjoy the recent Black Sabbath reunion and farewell tour, once again laying the blame primarily at the feet of guitarist Tony Iommi.

In September, Ozzy claimed he “was getting bad vibes” from his bandmates during the reunion. Then, last month, he elaborated:

“It’s not allowed to have fucking fun with Sabbath. It’s too serious. Tony [Iommi, guitarist] was trying to have a go at me, saying, ‘Don’t fucking talk over my solos.’”

Now, in a new interview with The Times, Ozzy has taken another shot at Iommi, rhetorically asking “Do I like working with him? Not really. Do I like him as a person? Yeah, I love him as a person.”

Ozzy went on to acknowledge that while Iommi played a key role in the success of Black Sabbath (and, by extension, Ozzy’s career)…

“[I]f people was to say to me, ‘Was there a leader of Black Sabbath?’ I’d have to say it was Tony Iommi because without his guitar riffs we’d be still sitting in fucking rehearsal with our thumbs up our arses going, ‘What do we do now?’.”

…the Sabbath reunion was still, for him at least, an unpleasant experience:

“I’ll tell you what it was like. It’s like when you’re younger and you met a girl, Susie, and you break up and you don’t see her for 30 years. Then she’s in town and you go, ‘Oh, I’ll give Susie a call,’ because your memory only remembers the good parts and you can narrow it then to a week and you go, ‘I remember that week and it was lovely.’

“But then you go back and you go, ‘I forgot the fucking four and three-quarter years I was fucking miserable.’”

Which I guess explains why former couples don’t engage in reunion tours.

ANYWAY, it might make you sad to hear that Ozzy didn’t have a blast making millions of dollars for performing in front of thousands of cheering fans every night, but don’t get too bummed. My gut tells me if everyone in Sabbath is still alive in five or ten years, they’ll put aside their differences for a common cau$e and perform together again, and we can all go back to looking at photos like the one at the top of this post and not wondering if the smiles are sincere or not. Because we’ll know they aren’t.