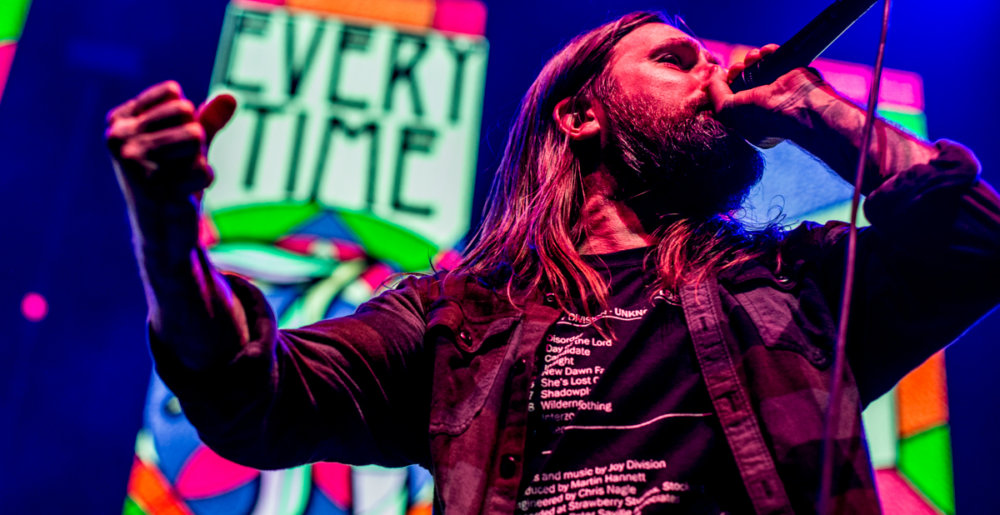 It’s honestly not that big a deal to become an ordained minister — I know multiple people who have done it in order to officiate friends’ weddings. You don’t have to jump through many hoops or declare allegiance to any particular religion or anything like that. It’s not like becoming a priest or whatever.

Still, there’s something undeniably charming about the fact that Every Time I Die frontman Keith Buckley has a) become an ordained minister and b) is apparently willing to do weddings:

Every Time I Die have been using a live backdrop made to look like stained glass windows recently (see the pics at the top of this post and below); I dunno if that has anything to do with why Buckley pursued his new title or not. But I, for one, an e-mailing him to put down a deposit right now. Am I engaged? Nope. Not even seeing anyone. I just wanna know Keith is available if I ever need him. “We were married by the singer for Every Time I Die” makes a way cooler wedding story than “We were married by Rabbi Schlomo Moscovitz.”

Every Time I Die are playing three shows as part of New York’s Rocks Off Cruises at the end of this month. I saw them play one of these boat gigs a couple of years ago and it was a blast — I highly recommend it. Get tickets here.

Metal Sucks Greatest Hits
0 -
Thirty of the Worst Heavy Metal Album Covers of All Time
0 -
Op-Ed: When Did Slayer Start to Suck?
0 -
This Very Fat Cat is The Best at Metal Drums
350 -
MetalSucks Exclusive: Jeff Loomis’ First Interview Since Leaving Nevermore
1510 -
The Top 15 Reasons that Metallica are the Yankees of Metal
0 -
Iudicia is Your New Favorite Band