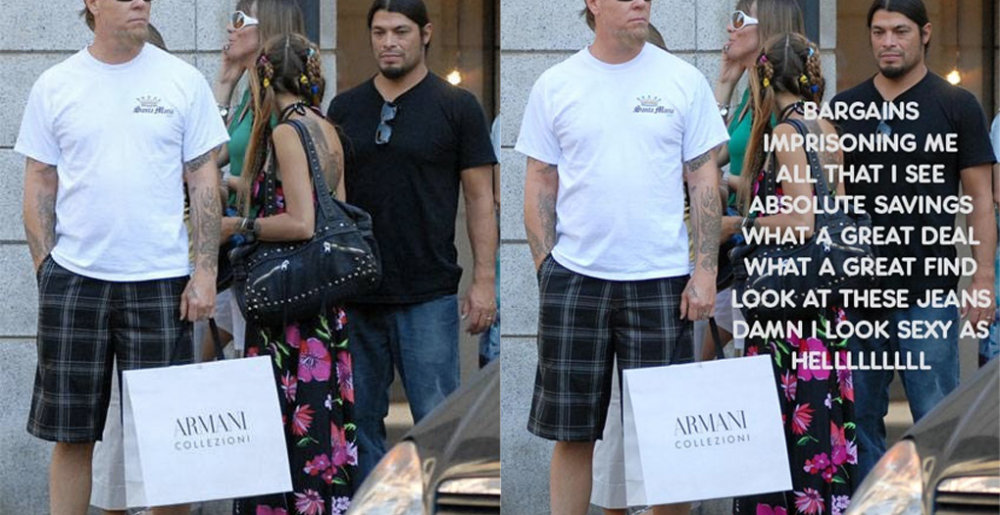 Destruction Frontman on Metallica: “Once You’re a Billionaire, What Should You Be Pissed Off About?”

“I don’t wanna piss off any Metallica fans, but…” begins Destruction frontman Schmier (née Marcel Schirmer) in a recent interview with Finland’s Rauta. Whoops! Too late, bud, because the internet’s been freaking out over what he said next for the better part of the past 24 hours.

Schmier has a whole lot of interesting things to say about the rise of the German thrash scene and how it compares to its American counterpart. He seems like a smart guy. Funny, too! But the following, of course, is what everyone’s been latching onto because — oh snap! — did he just diss Metallica for being rich? You don’t say! Here it is:

“I was an angry young man; now I’m an angry old man. Not much has changed in that [respect]. Look at Metallica, as an example, and I don’t wanna piss off any Metallica fans, but look at the fact that once you’re a billionaire, what should you be pissed off about? That your butler burned your egg, maybe. So, I think to not lose the street credibility, you can’t be, like, super rich. In general, in heavy metal — I think there’s a few exceptions — but if bands get too big, too famous, it usually waters down the sound. So heavy metal has to do something with anger, and thrash metal especially. When you keep yourself angry, you can write that kind of music. And when you go shopping with Gucci bags all the time, I don’t think the anger is still there.”

Metallica shop at Armani, not Gucci! Jeez, get it right, Schmier!

In any case, Schmier is not wrong that massive amounts of money tend to water down a band’s sound, especially in metal. But other things can have that effect, too, like getting older, processing one’s emotional baggage and simply running out of creative gas. Metallica made four, arguably five, legendary albums. That’s more than most bands in any genre. To single out Metallica’s richness seems a bit unfair. Shit, they’re even generous with that money!

You can read more of the interview over at Blabbermouth if you like.