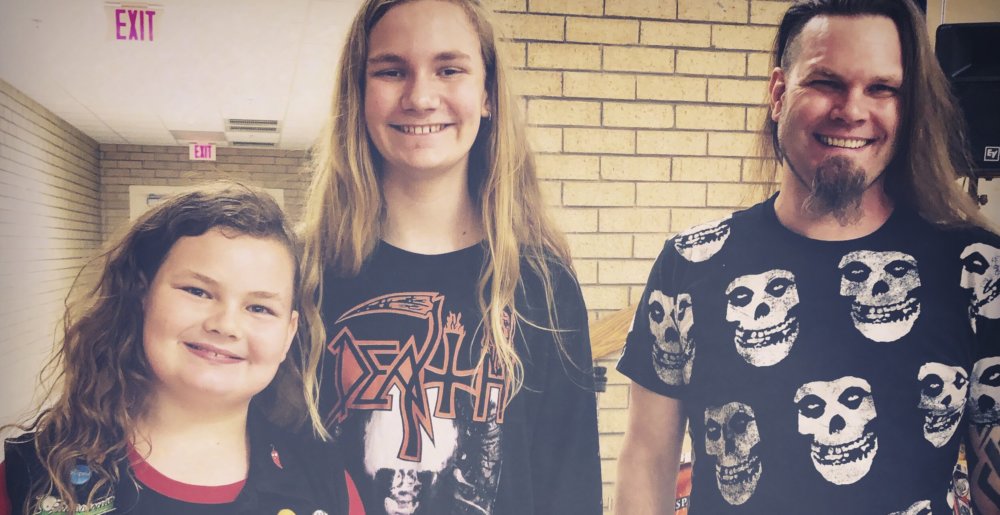 Jason Harris, father of two, has taken his love of metal and his family to the next level: his father-and-sons grindcore band, Mommy’s lil Monsterz, recently performed on the Nickelodeon show America’s Most Musical Family! Redubbed The Harris 3 for the TV appearance, the southwest Florida trio consists of Ashton (14) on drums and backing vocals, Trent (11) on lead vocals, and dad/Jason (Appropriate Age to Have Extensive Tribal Tattoos) on guitar.

But the outfit’s TV debut isn’t just your run-of-the-mill performance: the band whipped out a grindcore cover of Smash Mouth’s “All Star” extra special for the occasion. Have a watch below as the judges look on in bewildered amusements and pre-teens screech for the audience.