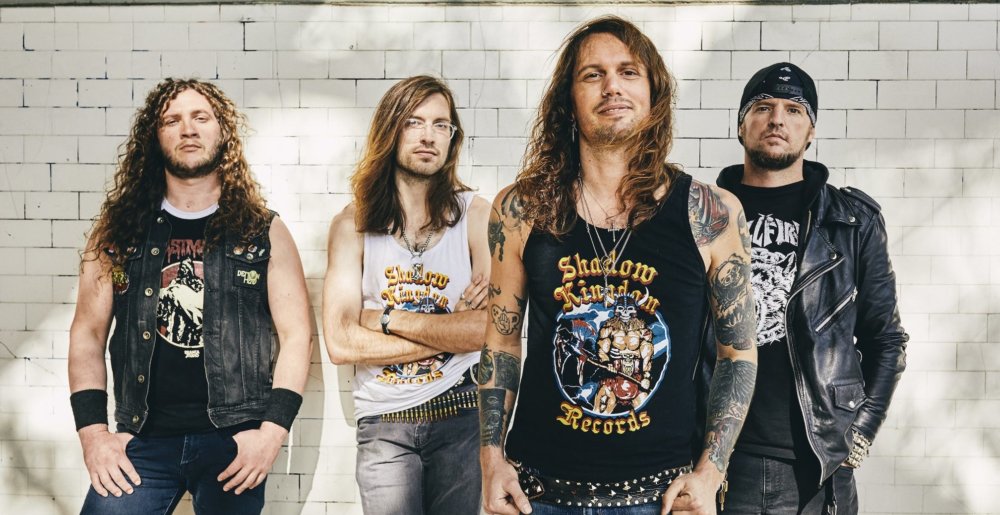 Haunt’s If Icarus Could Fly ended up on multiple MetalSucks staffers’s year end lists (including mine), so you’d think the rising trad metallers would take some time to re-stock those riff cannons, tour a whole bunch, or maybe just rest. But nope! Kerrang!‘s got the premiere of a new song called “Light the Beacon,” the second single to be released from their forthcoming album, Mind Freeze, due in January.

The track is full of all the things that made us fall in love with Haunt in the first place: big ol’ classic NWOBHM riffs, twin guitar leads, catchy vocal melodies and a singalong chorus. One thing I’ll say, though — and this is constructive criticism, because I generally dig the hell out of this band (see this piece’s opening paragraph) — they really should’ve taken more time to give this thing a proper mix and get the right takes. The snare is louder than everything else to the point of distraction, the guitars sound thin and brittle, and the vocal performance is uneven. Sometimes a mix can make or break a listening experience, ya know?

Have a listen below. Mind Freeze comes out on January 10 via Shadow Kingdom; pre-order here.

The seventh full-length from the Fresno heavy metalers.

Metal Sucks Greatest Hits
0 -
Chad Kroeger and Avril Lavigne Finally Wrote a Song So Awful that the Internet Has Collectively Rejected It
0 -
Rigged: Wintersun
3520 -
RIGHT NOW: MetalSucks & Metal Injection Live Snark The Big Four!!!
0 -
Thirty of the Worst Heavy Metal Album Covers of All Time
0 -
Rigged: Luke Hoskin of Protest The Hero
0 -
For $16,000, Ted Nugent Will Stay the F*ck Away From Your Town