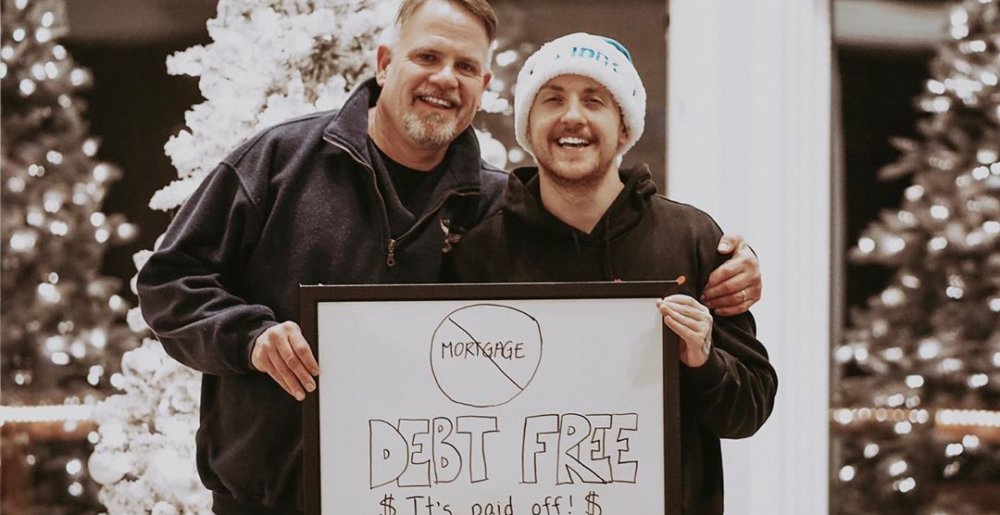 Video: I Prevail Vocalist Pays Off His Dad’s Mortgage as Christmas Gift

Metalcore / hard rock band I Prevail have been on the upswing of late, with a well-received new album in 2019 and a spate of successful touring in the recent rearview. That success has afforded frontman Brian Burkheiser a decent living and, as such, he decided to give back by paying off the remaining balance on his dad’s mortgage as a Christmas gift, totaling over $50k.

Brian posted video of the heartwarming reveal on Instagram along with a caption thanking his dad for all the support over the years, saying, “At my lowest point when I was ready to leave I Prevail you pushed me to not let go of my dream and fight through the trauma.” You can watch below.

I Prevail have a massive U.S. tour lined up for spring 2020 with Five Finger Death Punch and a handful of European dates in the winter. Get dates and tickets here.

Sponsored Links from Across the Internet
Show Comments
Related Articles
Metal in the Media 0
Carrie Underwood Loves I Prevail
April 29th, 2021 at 11:53am Vince Neilstein

The country/pop star has copped to loving the heavy stuff.

Black Collar Workers 0
Ticketmaster Has Quietly Changed Its Refund Policy (You’re Not Getting Your Money Back)
April 13th, 2020 at 11:01am Vince Neilstein

The track offers the mix of EDM and metalcore you’d expect.