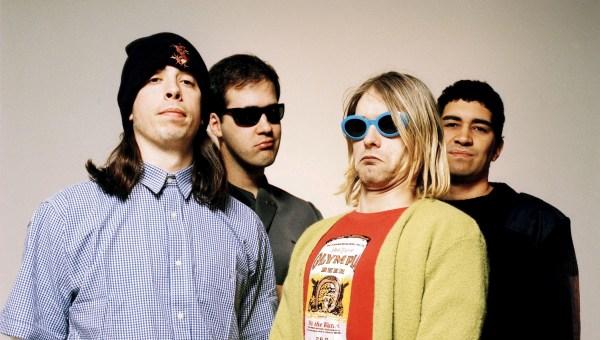 Watch: Surviving Members of Nirvana Perform with Beck and St. Vincent on Vocals

The surviving members of Nirvana — Dave Grohl, Krist Novoselic and Pat Smear — reunited on stage last night at the Heaven 2020 Charity Gala, which took place at the Hollywood Palladium in Los Angeles, CA. The event was hosted by Linda Perry (Four Non Blondes) in support of the The Art of Elysium, a charity devoted to sharing the arts with those in need, and also featured performances by Cheap Trick, L7 and Marilyn Manson.

You can watch footage of the performance below and head over to NME for a full review.