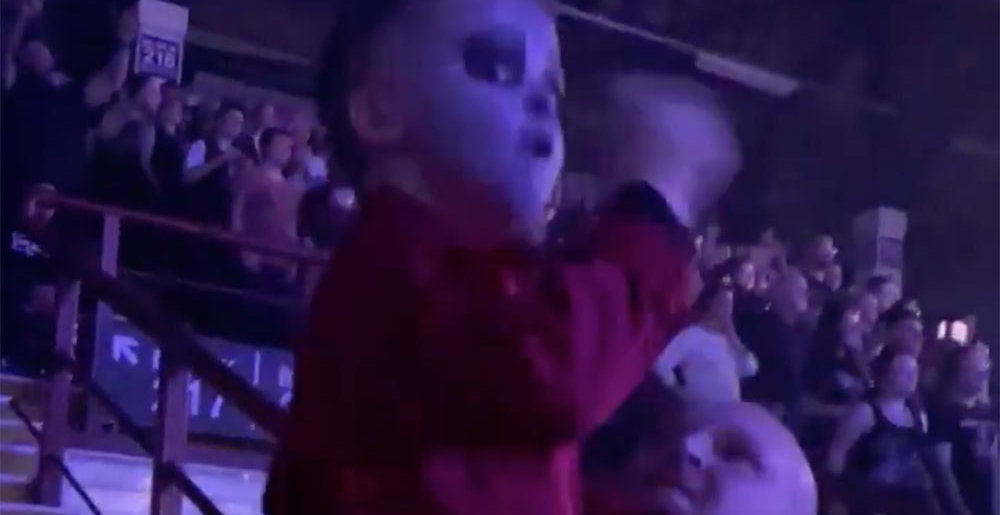 There are no shortage of inspiring videos on the internet of young children doing amazing things. That — and cat videos, naturally — are where the internet really shines amidst of stew of toxicity and bullshit. Still, it always tickles our proverbial pickles when those videos touch our little metal corner of the world.

Five-year-old Caleb H. has been playing drums since the age of two, and judging by his “performance” at a recent Slipknot show in the U.K., by the time he turns 10 he’ll be slaying stages worldwide. In the video, which currently has 6.1 million views and has been retweeted nearly 75,000 times, Caleb is being held up in the air by his father as he air drums along to “Psychosocial,” every hit, every fill, every accent absolutely perfect. My nearly-five-year-old just goes all Animal from The Muppets on a drum kit, and here’s this kid looking like a seasoned pro! Bravo. One thing, though: I don’t see any hearing protection on the little guy… I sure hope his dad is on top of that.

What’s more, Slipknot drummer Jay Weinberg got wind of the video and offered his appreciation.

Have a look at the incredible video at the bottom of this post. Slipknot are currently on tour in the U.K. and Europe, and remaining dates are as follows: