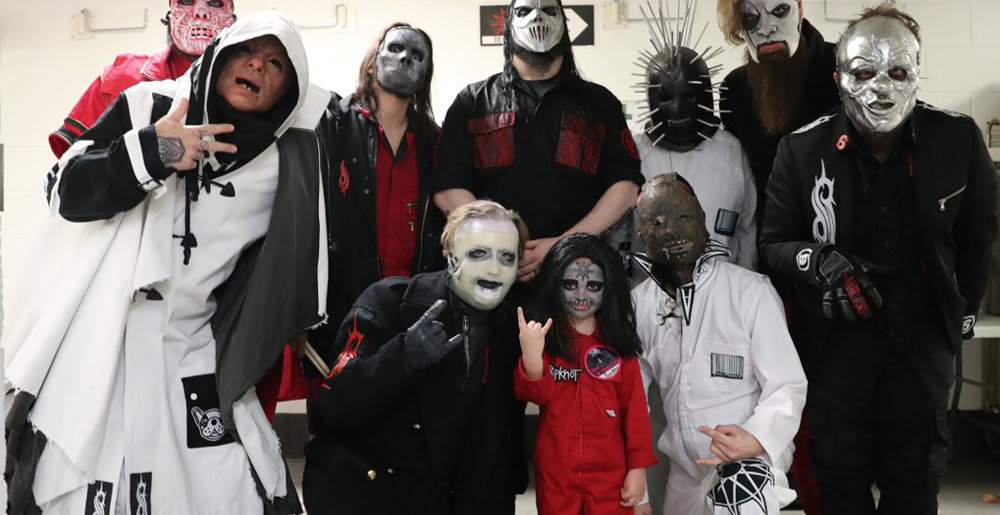 Caleb H., the 5-year-old drummer who went viral earlier this week with a video of him air drumming along at a Slipknot concert, has received a reward most worthy of his talents: he was invited to hang out with the band at their January 24th at the Arena Birmingham in Birmingham, England. In addition, he got to watch the show from the side of the stage, and was gifted a custom snare from current ‘Knot drummer Jay Weinberg. You can check out a series of social media posts documenting this very special experience below:

Meanwhile, Slipknot’s tour of the U.K. and Europe continues! Remaining dates on the trek are as follows: