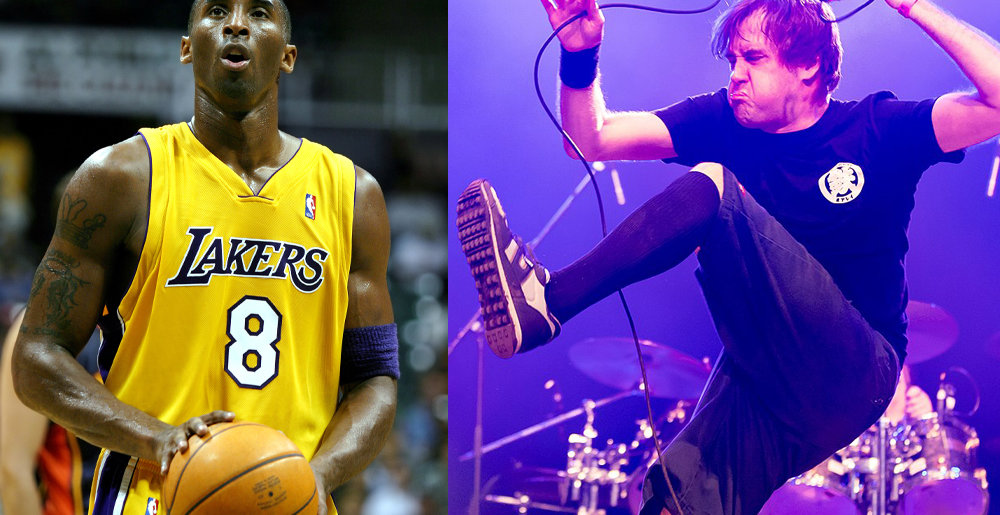 Napalm Death seem to just be in the ether today. In addition to announcing a North American tour with Aborted, Tombs, and WVRM, the band’s 1990 album, Harmony Corruption, showed up in a new workout video from Andrew W.K. (seriously)… and now Earache, the label that released Harmony Corruption, reminds us that a track from that album, “Suffer the Children,” was used in this 1995 Adidas commercial starring Kobe Bryant, who was just a 17-year-old NBA rookie at the time.

Bryant, you are likely aware, tragically died yesterday in a helicopter crash, along with his 13-year-old daughter, Gianna, and seven other people. He was only 41 years old.

You can check out the commercial below.

Metal Sucks Greatest Hits
1860 -
The Top 25 Modern Metal Guitarists: The Entire List in One Place
2760 -
Who Are The Top Ten Lyricists?
0 -
Footnotes: A Handy Catalog of Every Song from Which Avenged Sevenfold’s Hail to the King “Borrows”
0 -
Someone Made a Lemmy Doll from a Mr. Potatohead
0 -
So As it Turns Out, Banging Your Head a Bunch Can Be Bad for Your Brain
0 -
50 Metal and Hard Rock Musicians’ Yearbook Photos