Metal Sucks
Metal Sucks Photos and Show Review: Poppy at the Great American Music... Rock and Metal Celebrities React to the Death of Reed Mullin
- Tweet SHARE
Enlarge
A View From the Pit 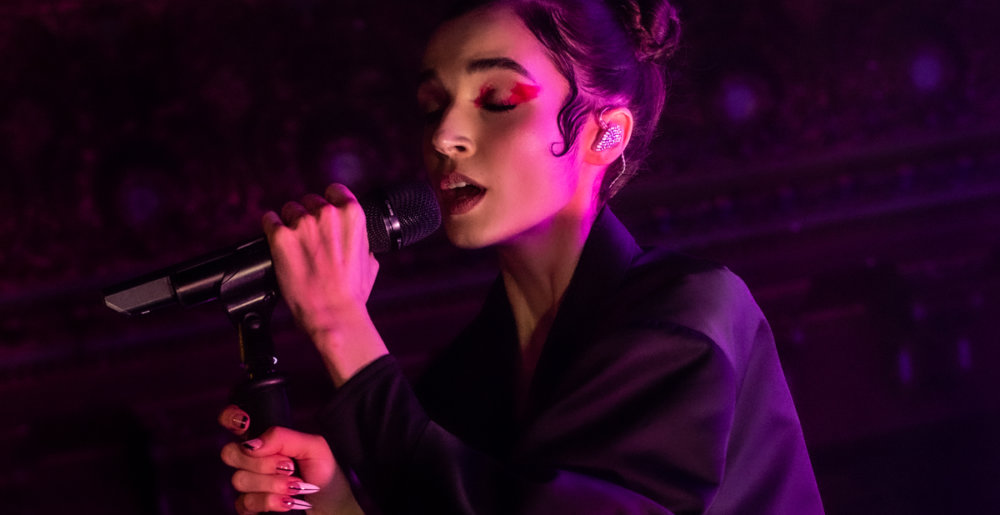 On the opening night of Poppy’s “I Disagree” tour, the legendary Great American Music Hall in San Francisco was packed with a combination of teenage girls (and their dads), tech bros, grown women in Lolita dresses and everyone in between. The sold out crowd was packed into the intimate venue with so much anticipation that multiple “Poppy! Poppy!” chants started throughout the night before she finally hit the stage.

Starting her set with “Concrete” from the recently released album, I Disagree, and then rolling through “Bloodmoney” and “Scary Mask,” the enigmatic young singer perfectly walked the balance between absurdity and perfection. With stage production way too big for the Great American Music Hall, including giant neon tubes and a massive mirrored light box, Poppy and her four band members lit up the crowds aural and visual senses. Standout moments included her cover of t.A.T.u.’s early 2000s hit, “All the Things She Said,” and a rowdy encore of “Bite Your Teeth” and “I Disagree.”

Opening for Poppy was the Australian born industrial-leaning duo Vowws, who have recently toured with other notable artists such as Ministry and The Cult. Vowws served up just the right amount of brooding and darkness to balance out the white and pink brightness that would come with Poppy headline set.

If you are a metal purist you probably won’t enjoy this show, but if you are a fan unique music and enter with an open mind, this tour will keep your attention through the whole evening. Have a look at some photos below.

Metal Sucks Greatest Hits
0 -
Report: “The Number of Heavy Metal Bands in a Given Country is Associated with its Wealth and Affluence”
0 -
Avril Lavigne Must Be Stopped
0 -
France’s Got Talent, too: Beautiful French Girl Performs Heavy Metal Song on TV
0 -
BREAKING: Slipknot Guitarist Mick Thomson Stabbed in the Head by Brother
3220 -
What is UR Favorite Classic Nu-Metal Band??
0 -
Anthrax’s Frank Bello is Really Excited to Be Here, Not at All Concerned About Swallowing Bugs