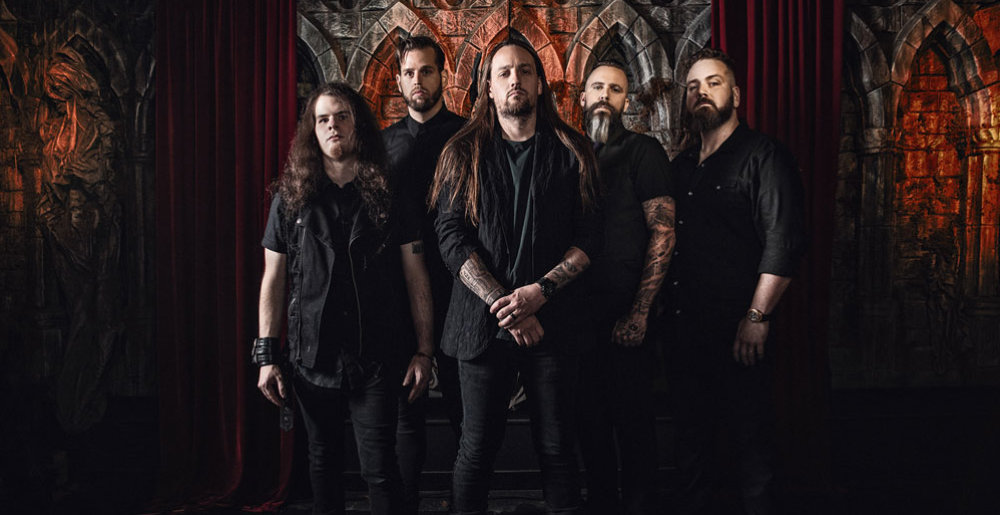 Jason Lekberg, the former lead singer of IKILLYA, has formed a new group, Nefariant, with his some of his old bandmates, bassist Rob Broderick and touring drummer Drew Maciejewsk. The band also includes Paul Cibrano on the keyboard and Dustin Tooker as the guitarist.

After spending almost three years of blood, sweat and tears putting together their musical masterpiece, Nefariant’s self-titled, debut EP is finally available now. As a new group re-entering the scene, Lekberg says they have “a long way to go both creatively and as a band,” ever since “starting at the bottom building this new project.” But the three tracks released so far provide listeners with a snapshot of what to expect from these seasoned metal musicians, reminiscent of the melancholy, deliberate and forceful approach of Insomnium with dashes of Type O Negative, Gojira and others.

To introduce the album to their hometown, Nefariant are playing a show on February 28 at The Kingsland in Brooklyn. Other acts performing include members who were once part of IKILLYA: Lies Beneath, Solemn Vision, Final Siege and Rigor Samsa.

Have a listen to Nefariant below and stay tuned for more in the near future.

New Stuff 0
IKILLYA Battle the Cultural Justification of Sexual Abuse Against Women on “Betray Your Creator”
May 5th, 2017 at 1:09pm Axl Rosenberg

This is the anger outlet a lot of us needed today.

The band has signed with Urban Yeti Records and will release a new album in June!