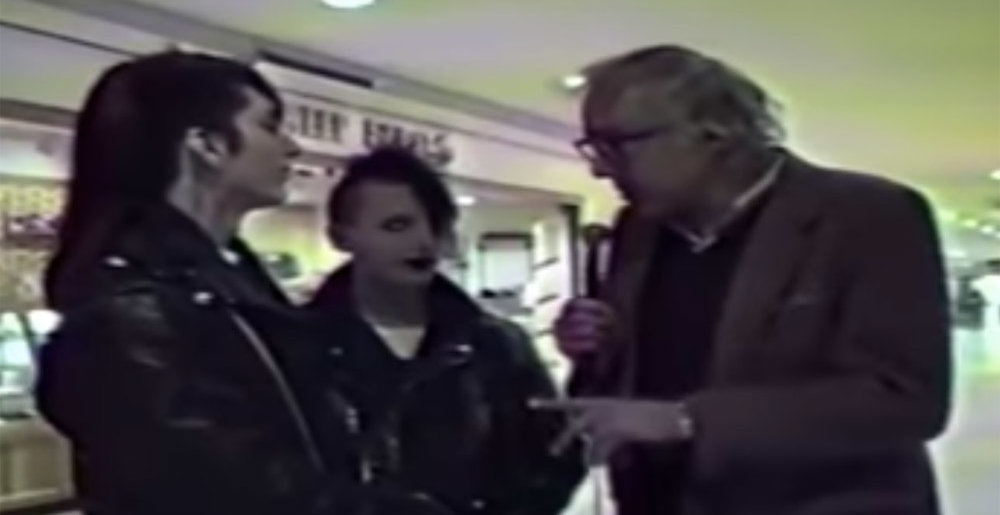 Amazing Video: Bernie Sanders Interviews Punks at the Mall in 1988

Bernie Sanders is nothing if not consistent, a career politician who has been sticking to the same ethos and trumpeting the same lines for basically his entire life. So it’s no surprise to find this video, unearthed from 1988, in which the Democratic presidential candidate focuses on many of the same themes he does now: economic equality for all, the pratfalls of capitalism and freedom of individual expression.

The six-minute clip, which sees the current Senator from Vermont in his prior role as the Mayor of Burlington, the state’s largest city, featuries Sanders interviewing two punks about their choice of clothing, their views on society… and the quality of their education at the local high school. Sanders displays the mix of levity and confused uncle we’ve come to expect from him, lightly joshing the kids for their fashion choices while still affirming their desires to be seen as individuals and acknowledging their opinions of communism and anarchism as valid.

The clip comes from the public access TV show Bernie Speaks, an archive of which is available at Burlington’s CCTV Center for Media & Democracy with some hand-picked highlights over at Mother Jones. Have a watch below.

Also includes System of a Down, Metallica, Megadeth, Alice in Chains, and more.

We are asking you once again to have a look at these hilarious Bernie memes.

Pummeling Politics 0
Serj Tankian on John Dolmayan: It’s “Frustrating Being Politically Opposite to Your Own Drummer and Brother-in-Law”
October 20th, 2020 at 10:07am Axl Rosenberg

The singer talks political differences within System of a Down.

Metal Sucks Greatest Hits
1570 -
Frankie Palmeri’s Track By Track Breakdown of the New Emmure Album: A Track By Track Breakdown
1840 -
The Final Word on Metal Drumming
0 -
The Top Ten YARLERS of All Time
0 -
Why I’ve Stopped Buying Vinyl
0 -
Debunking the Myth that Guitar Hero Made Dragonforce
0 -
Scientific Proof That Djent is a Genre