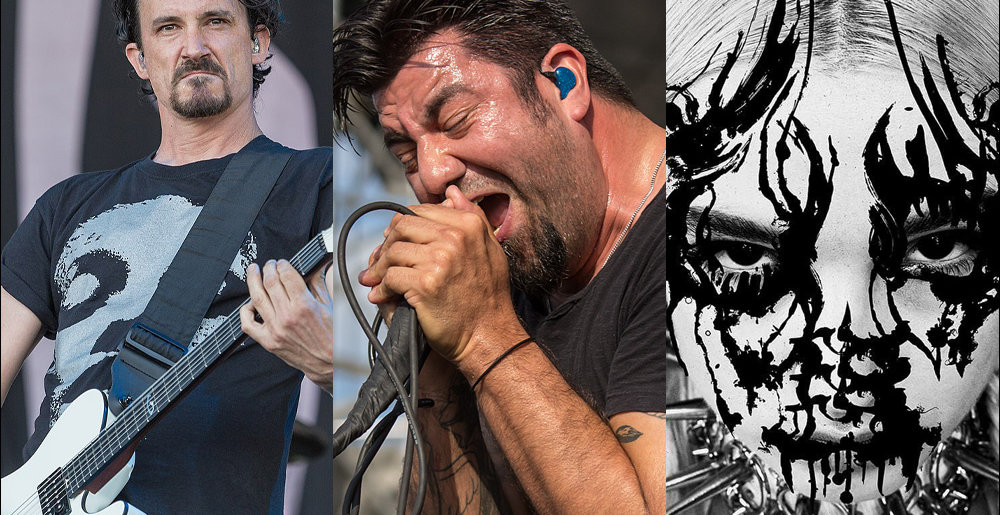 Rumor: Deftones to Tour with Gojira and Poppy

In case you didn’t already have enough big metal tours to enjoy this summer, it now appears that the Deftones will launch a warm weather trek with Gojira and Poppy.

The source of the rumor? This listing for a concert featuring all three acts, set to take place at Toronto’s Echo Beach on Monday, August 17. As far as I can tell, there are no nearby festivals scheduled for that weekend in that general vicinity, so this doesn’t appear to be a one-off show meant to offset the costs of traveling to and performing at said festival.

Still, no tour has been officially announced, so take this with a grain of salt until it’s confirmed. We’ll let you know when/if that happens.

Metal Sucks Greatest Hits
0 -
Drummer Mark Castillo Receives Cochlear Implant, Quits Emmure
0 -
Nazi Imagery: Why Watain and Marduk Don’t Get a Pass While Slayer and Metallica Do
0 -
15 Ways Your Unsigned Band is Doing It Wrong
0 -
Anthrax’s Frank Bello is Really Excited to Be Here, Not at All Concerned About Swallowing Bugs
0 -
Let’s Talk About Rammstein’s Controversial “Deutschland” Video
0 -
New Candidate for Most Metal Wedding Ever: Bride and Groom Shred Down the Aisle