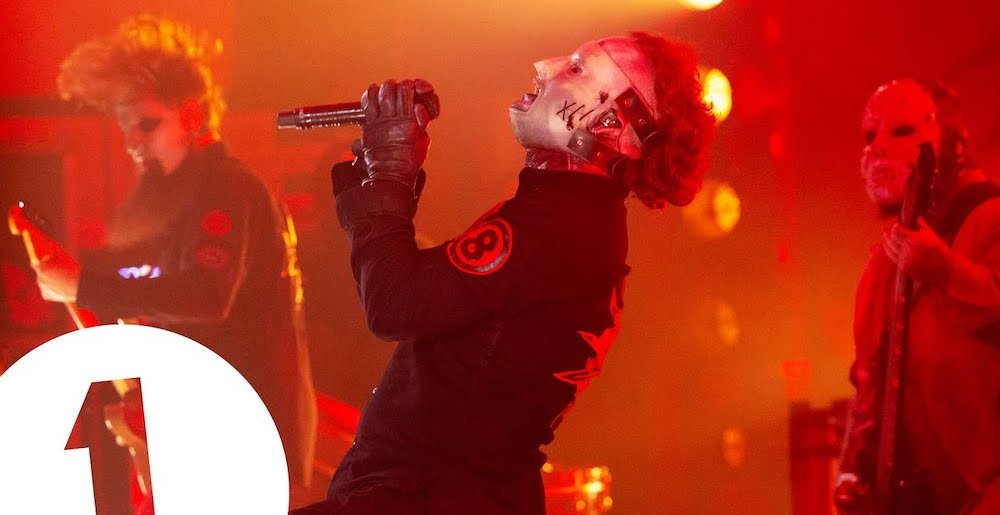 A mere 120 maggots were invited to watch Slipknot at London’s Madia Vale Studios for a BBC1 Rock Show special last month, which is probably the smallest crowd for which the band has performed since before they signed to Roadrunner more than twenty years ago. Like, more people are reading this right now than were at the show. In fact, Corey Taylor called it “the weirdest gig we’ve ever played.” Which is saying something for a band that includes Clown.

You can watch pro-shot footage of two songs from the show — “Unsainted” and “Duality” — and the bottom of this post.

Slipknot are about halfway through a European tour, will hit Asia in March, and just announced a U.S. run this coming spring. Here are all of their upcoming dates:

With A Day to Remember, Underoath, and Code Orange: