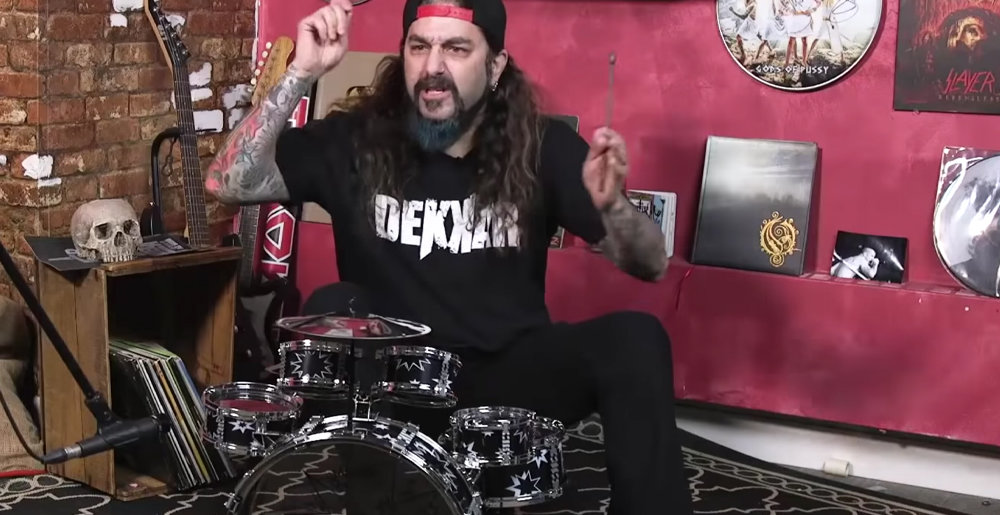 More than four years ago, a Loudwire video of Mike Portnoy playing songs by Iron Maiden, Slayer, and Megadeth (among others) on a Hello Kitty drum kit became a viral sensation.

Now there’s a sequel of sorts. The good news is, it’s not a Hello Kitty kit. The bad news is, it is still tiny kit. The best news is, it’s all a tribute to the late, great Neil Peart from Rush, who died from brain cancer this year at the age of 67. So all the songs are Rush songs. There’s also a pretty great moment where Portnoy plays so hard he literally destroys the kit and falls out of his seat. Good times.

Metal Sucks Greatest Hits
0 -
Twelve Reasons Babymetal are the Single Best Thing to Happen to Metal in the Past Decade
0 -
Ten Reasons Why Record Labels Are Still Important
220 -
Hey Guys, Did You Know That Virgin Steele are From Long Island?
0 -
‘Til Death Do Us Part: Metal + Hard Rock Musicians’ Wedding Portraits
0 -
A MetalSucks Exclusive: Return from The Graveyard — King Diamond on His Near-Death and New Life
0 -
Verax’s Terrible “Time Wasters” is a Great Waste of Time