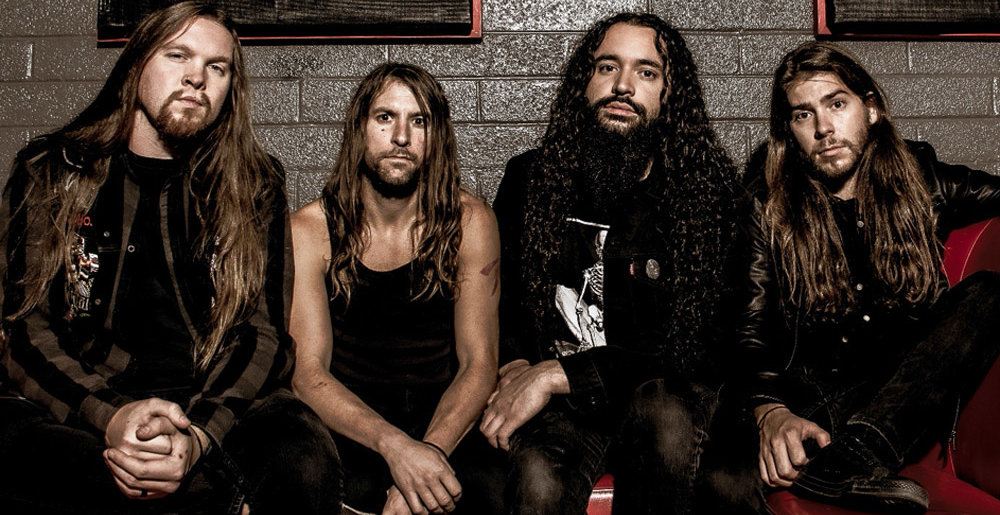 Who would’ve thought 12-13 years ago in the midst of the great ’00s thrash revival that Havok would end up being one of the most enduring acts of the era? It’s not that Havok aren’t / weren’t great — they’ve always been one of the best bands to come out of that scene, IMO — but there were other bands that were way more hyped, had bigger tours, and seemed primed to claim the “next great thrash band” mantle.

So it brings me great joy to sit here and type that it is in fact Havok, and not some other band who’s serviceable but ultimately uninteresting, that today enjoy frontrunner thrash status, and that they’ve just announced a new album, V, and dropped its first single, “Phantom Force,” along with a video.

“Phantom Force” has everything we’ve come to love about Havok: razor-tight chops and masterfully crafted riffs, the breakneck pace of a stallion barreling through a gate with no care in the world, and, naturally, dystopian lyrics about the man lyrics about the mysterious deaths that happen during sleep paralysis in the Hmong people (??).

“Somewhere in the middle of writing ‘V’ we all came together and made the decision that we needed a full-blown face peeler track. I remember David saying, ‘Reign In Blood tempo,’ so I came up with something almost immediately and sent it over to the guys. And aside from some subtle stylistic details, it stayed pretty true to that original concept. ‘Phantom Force’ as a first single will assure our fans and skeptics that we haven’t lost a step in making vicious, straight forward, non-gimmicked heavy metal.”

“’Phantom Force’ is about the mysterious deaths that happen during sleep paralysis in the Hmong people. These people fled their war-torn homeland and could not seem to escape a terrifying fate. The goal with this video was to visually represent the fear and panic that people must’ve felt just before their sudden nocturnal demise. Watch at your own risk…”

Watch below! V comes out May 1 via Century Media; pre-order here. The band has some European festival dates booked for August, and you can find those underneath the embed; more touring is promised soon.

The split seems to be amicable.