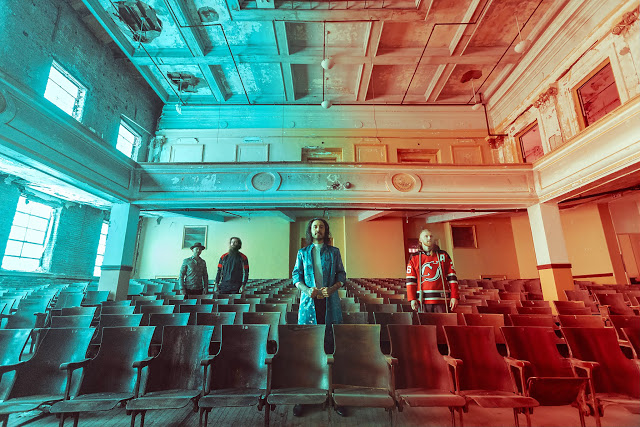 Regardless of whether or not you agree that metal vocalists have become irrelevant, there’s no denying that listening to instrumental versions of great albums and songs can be fascinating. You will pick up on things you didn’t pick up on when vocals were involved; it’s inevitable. And it’s especially true when dealing with music as technically proficient as that of The Number Twelve Looks Like You.

So it’s exciting to learn that that very band will release an instrumental version of their terrific 2019 album, Wild Gods. Dubbed (what else?) Wild Gods Instrumental, this new version of the album will be released digitally on March 20th via Overlord Music.

“Our music is full of intricacies and fans often want to dive deeper. Having gotten a fair amount of requests, we are releasing an instrumental version of ‘Wild Gods.’ Whether it’s because they seek to learn to play the songs themselves or they simply want to hear a version without the vocals, now they’ll have the opportunity. It is our hope the album continues to inspire creativity and bring forth fresh interpretations.”

Watch this space for pre-order information…

Tags: Alex Pareja, The Number Twelve Looks Like You

The Browns beat the Steelers, the Ravens trounce the Texans, and the Patriots eke one out over the Eagles.

Is Lamar Jackson destined to be one of the best quarterbacks to ever play the game?

The Ravens expose The Patriots, The Chiefs edge The Vikings, The Jets continue their march towards a #1 draft pick and more.