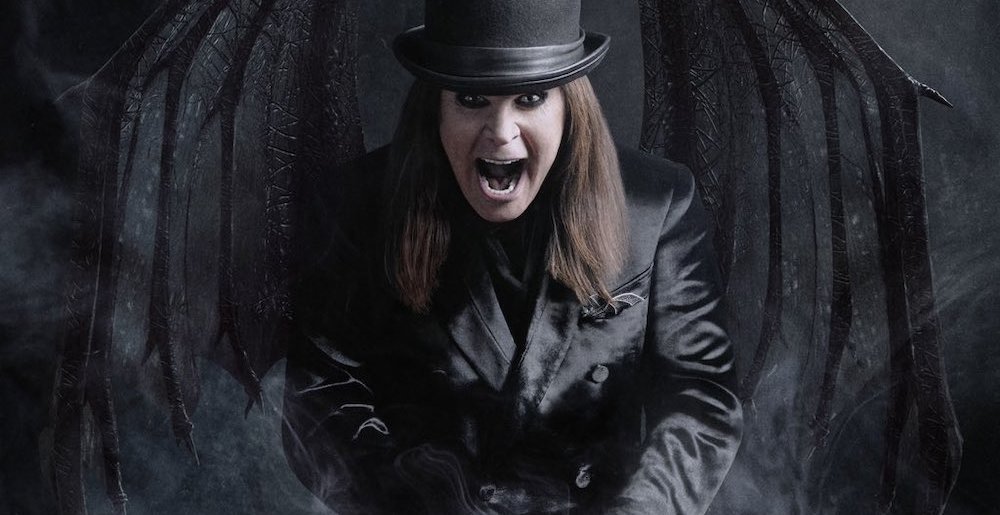 Ozzy Osbourne has suffered myriad medical maladies in recent years, but in spite of that — or perhaps because of it — his creative output doesn’t appear to have suffered, with his new album, Ordinary Man, garnering rave reviews from critics and fans alike. That renewed artistic vigor has resulted in a #3 rank on the Billboard 200 chart in the album’s first week of release, matching his highest rank ever for one of his solo albums.

Congrats to Ozzy, Sharon, producer Andrew Watt, collaborators Duff McKagan and Chad Smith, and everyone else involved… Ordinary Man is truly a remarkable, and most unexpected, effort from the Ozzman in his 11th hour.

Ozzy recently said he wants to get back in the studio this month to record another album while he’s unable to tour. While that plan seems ambitious, don’t ever count Ozzy out.

Related Articles
Ozzy’s Worried About His Health and The New Reality TV Show, But He’ll Soldier On “Even If I Am Nailed to a Board with Wheels On It”
Sharon Osbourne Released from the Hospital Following a Health Scare Over the Weekend
Ozzy “Just Can’t Walk Much Now” and That Might Impact His 2023 Tour
Tags: billboard, charts, ozzy osbourne

Metal Sucks Greatest Hits
350 -
MetalSucks Exclusive: Jeff Loomis’ First Interview Since Leaving Nevermore
0 -
Teenage Environmental Activist Greta Thunberg’s UN Speech Turned into a Swedish Death Metal Song
0 -
Is Facebook Trying to Extort Bands and Brands?
0 -
Viral Drummer Nandi Bushell Pays Tribute to Taylor Hawkins: “Thank You for Looking After Me”
0 -
Nazi Imagery: Why Watain and Marduk Don’t Get a Pass While Slayer and Metallica Do
1510 -
The Top 15 Reasons that Metallica are the Yankees of Metal