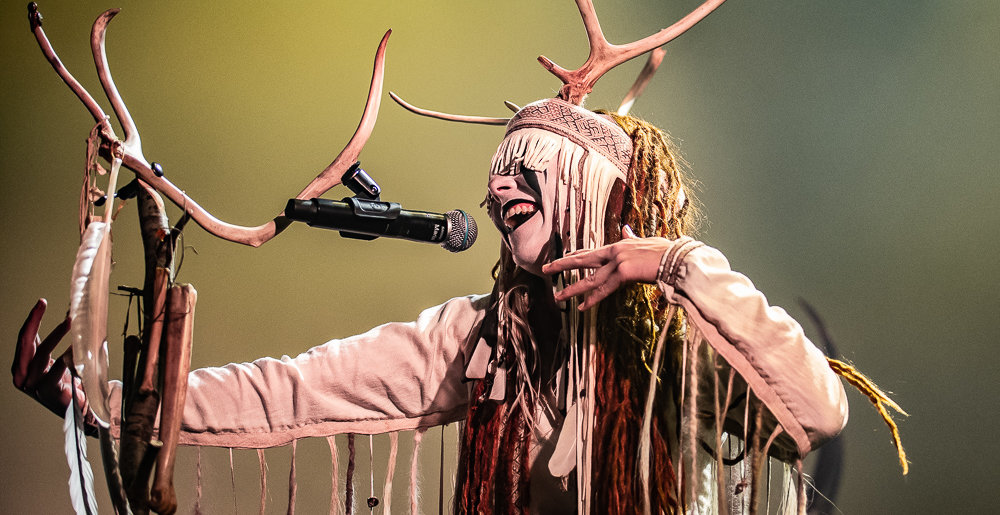 MetalSucks contributing photographer Tom Delgado went to see Heilung perform at The Novo in Los Angeles on January 9, and his pictures offer an incredible look into the enchanting world of this collective of Nordic folk musicians.

Tom tells us the audience was one of the most diverse he’s ever seen, packed not only with metalheads but all different types of music fans: couples on date night, heshers with brutal death metal tees, and even people cosplaying as the band.

Heilung opened with a blessing/ceremonial ritual from local Native American tribesman, then performed for nearly two hours. “The whole performance was entrancing,” he tells us. “It really felt like witnessing an ancient Nordic ceremony.”

Have a look at his shots below.

Metal Sucks Greatest Hits
9660 -
…And F**k You, Too.
1230 -
Loutallica’s LuLu: The MetalSucks Reviews
0 -
Two Eleven-Year-Olds from Brooklyn Start a Metal Band, Awesomeness Ensues
0 -
The Top 25 Modern Metal Drummers: The Entire List in One Place
540 -
Worst Year Ever: All of Our 2010 Year-End Sh*t in One Place
0 -
Twenty Hard Rock and Heavy Metal Celebs’ Mugshots