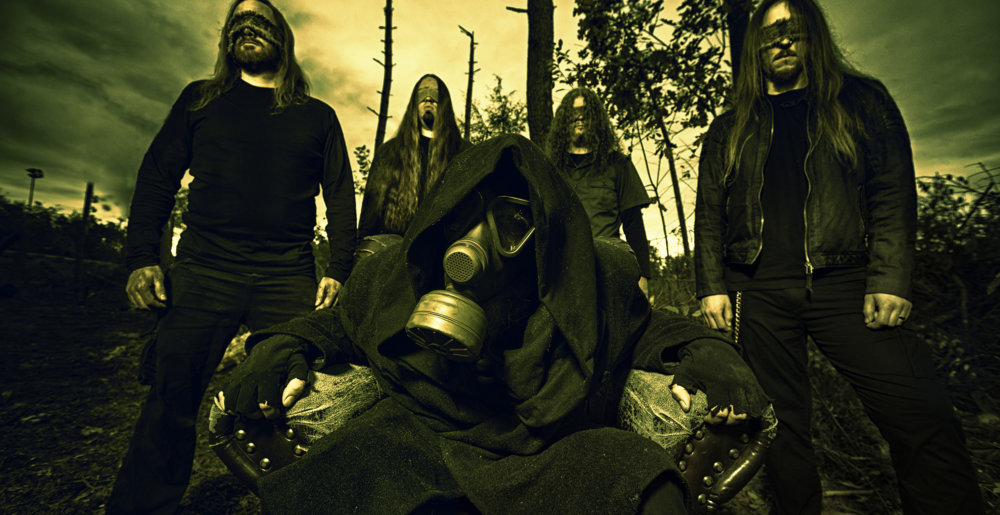 Watch Disbelief Travel Through Time and Space in “The Ground Collapses”

German death metal ensemble Disbelief, who have been churning out some of the heaviest anthems since the ’90s, recently returned with a music video for “The Ground Collapses,” the title track of their upcoming 11th album.

The song begins with a slow introduction that inevitably explodes with caustic riffs and raspy growls at an unrelenting, breakneck pace that doesn’t let up. It feels like you’re flying through time and space at a million miles an hour until the bridge brings everything to a halt, only to launch you back into the madness at an even faster pace. It ends with a final spurt of unrelenting guitars and one last powerful growl to let you know that they’re never really done.

The video is full of graceful hairflips, cryptic blindfolds, and epic scenery. It’s dark and creepy, but it’s an intense journey with lightning and fire. It manages to look like what the song sounds like, which makes for an immersive experience. Watch the video here and embark on the metal rollercoaster.

The Ground Collapses arrives to the U.S. on April 17 via Listenable Records.