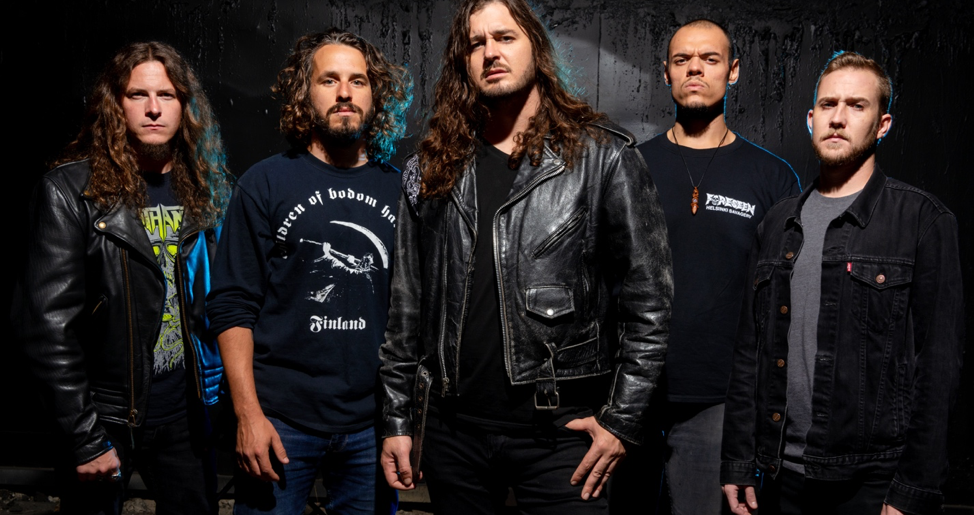 Mayhaps listening to a song called “The Black Hand Reaches Out” feels a little too, er, on the nose for you right now. But that would be a shame: Warbringer’s latest single is as thrashtastic as anything the band has ever written. Like, when listening to this song, I started Scott Ian-stomping around my living room, and it… felt… great.

Incidentally, I’m reasonably certain the song’s subject matter is political, not biological. So there’s that. (To that end: anyone know what the Russian on the single art says?)

Listen to “The Black Hand Reaches Out” below. Warbringer’s new album, Weapons of Tomorrow, comes out April 24 on Napalm. Pre-order it here.

Sponsored Links from Across the Internet
Show Comments
Related Articles
New Stuff 0
New Warbringer Video Gets You “Crushed Beneath the Tracks” Before Their West Coast Tour
September 12th, 2022 at 10:35am Hesher Keenan

Let 60 tons of thrash metal goodness roll over you.

Tour de Force 0
Warbringer to Smash Through the West Coast with Heathen and Misfire
August 25th, 2022 at 2:58pm Hesher Keenan

It’s almost time to remain violent on the west coast!

Metal Sucks Greatest Hits
0 -
Nazi Imagery: Why Watain and Marduk Don’t Get a Pass While Slayer and Metallica Do
0 -
I Watched Rock of Ages so You Don’t Have To
0 -
Eleven Useful Tips for Local/Unsigned Bands
300 -
Free Download for Your Listening Pleasure: NYC Sucks, Volume 2, Featuring The Best of New York City’s Metal Scene
0 -
11 Bands You’d Get Made Fun Of for Liking Back In The Day
0 -
This Very Fat Cat is The Best at Metal Drums