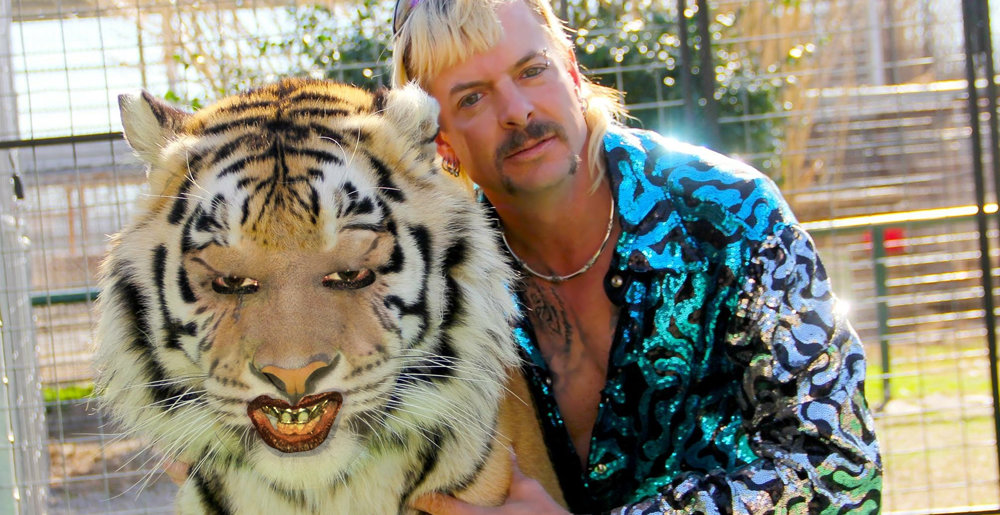 A couple of years before zookeeper / cub breeder / country star / crazyman Joe Exotic became the star of Netflix’s smash hit Tiger King, he ran for political office. Not once, but twice! First for President of the United States of America in 2016, then for Governor of Oklahoma in 2018. Needless to say, neither bid was successful.

It’s that second campaign for which Exotic sought out an endorsement from Marilyn Manson, sending a direct message to the The God of Fuck asking for his support. Manson shared a screen shot of the one-sided exchange yesterday — it doesn’t appear he responded — and while it’s certainly possible the entire thing is an April Fools’ joke, it’s worth a chuckle or two either way:

“I’m running for Governor of Oklahoma and trying to speak for the real people for a change and get some people help with addiction in this State that no one cares about. Would you endorse me? Not asking for money. Just use your name as an endorsement.”

A cut off portion of the screenshot would seem to indicate Exotic messaged Manson again two months later, but we’ll just have to be left wondering what that said (either that or Manson went to great lengths to make this AFD prank believable).

Manson’s caption for the screenshot, “Nope. Don’t Fuck With Cats,” is likely a reference to the Netflix true crime series Don’t Fuck With Cats: Hunting An Internet Killer about an online manhunt for man who shared a graphic video online of himself killing two kittens, doubling the quotient of crazy cat people referenced in this particular Instagram post.

Manson teased a new album earlier this year, but no specific details have been revealed yet.