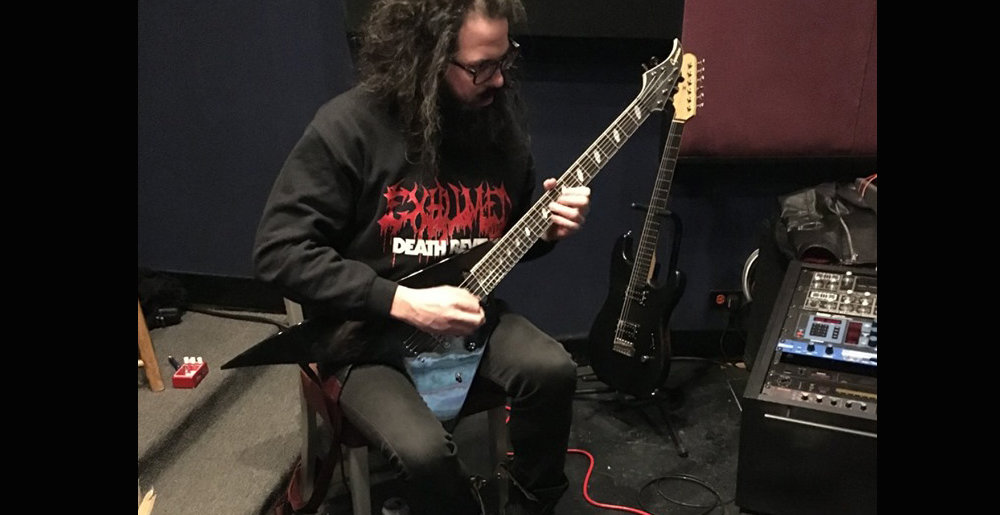 Abigail Williams just released a new album, Walk Beyond the Dark, five months ago (read our review), but it looks like there’s a good chance they’ll be releasing another one before the year is done. The band revealed on social media that given their inability to do, well… just about anything right now, they’ve written, and are now recording, their next offering:

“In light of worldwide touring cancellations and our day jobs on hold, we said fuck it and wrote a new album. Currently in self isolation, recording our followup to ‘Walk Beyond the Dark.’ Possible release date by end of 2020.”

When a fan then asked if the band was considering crowdfunding, whomever is running Abigial Williams’ social accounts — presumably mastermind Ken Sorceron — replied:

A new Abigail Williams album would be a nice silver lining to all this shit we’re dealing with right now. It would also give the band even more material to play on the Devastation on the Nation tour, which was supposed to be happening right now, but has been postponed until next year.

The trek is scheduled to kick off in November.

Metal Sucks Greatest Hits
0 -
It’s Official: There is Too Much Slayer Merchandise
0 -
MetalSucks Readers Declare Pantera The Most Unnecessarily Shat Upon Band in Metal!!!
540 -
Glenn Danzig Shops for His Own Kitty Litter
0 -
Nothing to See Here, Just Some Photos of Cats Wearing Metal Battle Vests
0 -
The Top Ten YARLERS of All Time
0 -
Just in Time for Passover: Big Four Yarmulkes?!?!