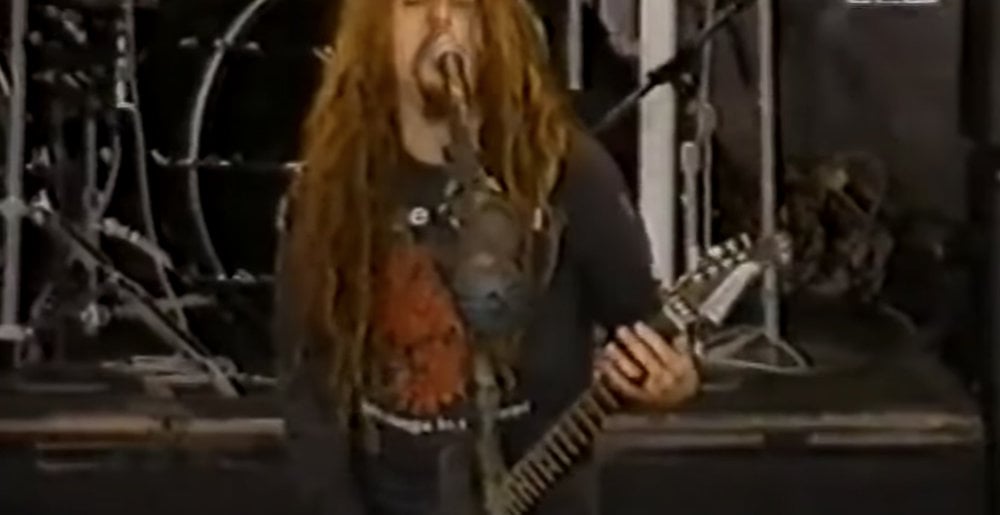 Classic Concert of the Day: Sepultura at Monsters of Rock, Donington, U.K., 1994

To help pass the time, we’ll be sharing a classic metal concert every day. Watch some of it, watch all of it, watch only one song… we don’t care! As it long as it provides you with a bit of entertainment.

Like so many bands, Sepultura were s’posed to be sepultouring right now, and had to call off that trek due when coronavirus took over the globe. Incidentally, this year’s Download Festival in Donington, U.K. has also been cancelled. So today I thought we’d travel back to a magical time — June 4, 1994 — when Download was called Monsters of Rock, and Sepultura’s “classic” line-up — Max and Igor Cavalera, Andreas Kisser, and Paulo Jr. — played a killer hour-long set.

A portion of the show was broadcast on MTV; the rest of the footage is bootleg shit filmed from the audience. But the audio quality is actually solid the whole way through, and the bootleg footage is less crappy than you might assume. All in all, I think this makes for fun viewing.

Metal Sucks Greatest Hits
0 -
The Single Greatest Analysis of Nickelback’s Work Ever Written
0 -
Will People Please Shut Up About the “Fake Amps on Stage” Debate?
0 -
Which Bands are “The Big Four of Death Metal”???
0 -
What Will Happen When a Member of Metallica Dies?
3520 -
RIGHT NOW: MetalSucks & Metal Injection Live Snark The Big Four!!!
220 -
Hey Guys, Did You Know That Virgin Steele are From Long Island?