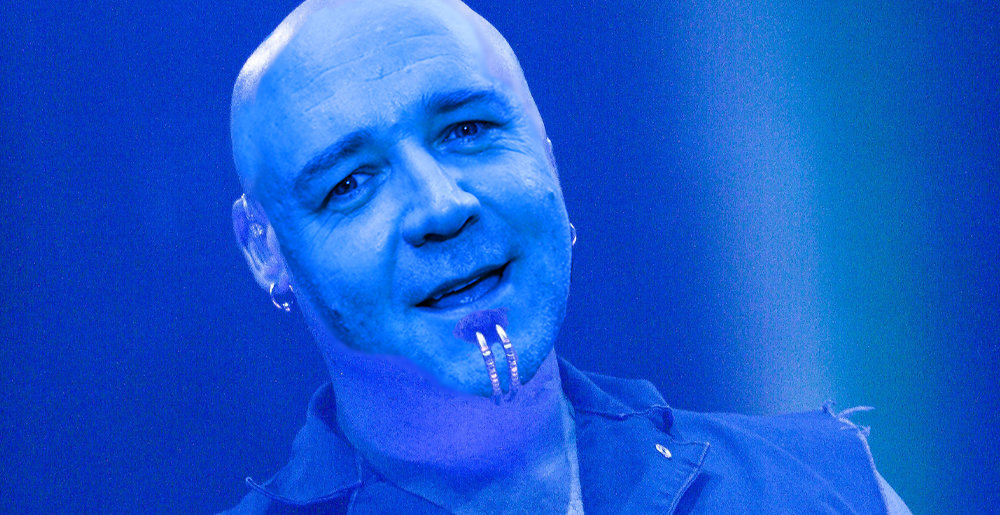 Look. If there’s one person who obviously, inarguably KNOWS great rock n’ roll, it’s Russell Crowe. From 1992 – 2005, he fronted 30 Odd Foot of Grunts, a band that everyone in the galaxy agrees were truly one-of-a-kind.

So when, in 2016, Crowe praised Disturbed’s cover of Simon & Garfunkel “The Sound of Silence” by saying that “every now and then someone comes along and redefines genius,” well… you better goddamn believe that the word “genius” had to be redefined.

Crowe has now re-iterated his love of the cover, sharing the band’s recent coronavirusified video for the track on social media and declaring it to have “Perhaps the greatest rock vocal ever.” And if Russell Crowe from 30 Odd Foot of Grunts said it, it MUST be true.

So that’s it. That’s the ballgame. Your Mick Jaggers and Robert Plants, your Freddie Mercurys and Princes, your Ronnie James Dios and Bruce Dickinsons and Rob Halfords and Chris Cornells, they can all go fuck themselves in the ear. Russell FUCKING Crowe has spoken.

Incidentally… did you know that Russell Crowe also acts? It’s true! He was in The Mummy (the good one with Tom Cruise, not those other shitty ones) and Les Misérables and Mystery, Alaska and some other great works of cinema, too! I mean, is there anything this guy can’t do?

What the...?? 0
Disturbed’s David Draiman Says Vince Neil Is “Sounding Good, Looking Healthy,” Might Want to Get His Ears and Eyes Checked
July 18th, 2022 at 10:30am Emperor Rhombus

This is just a pretty blatant falsehood.