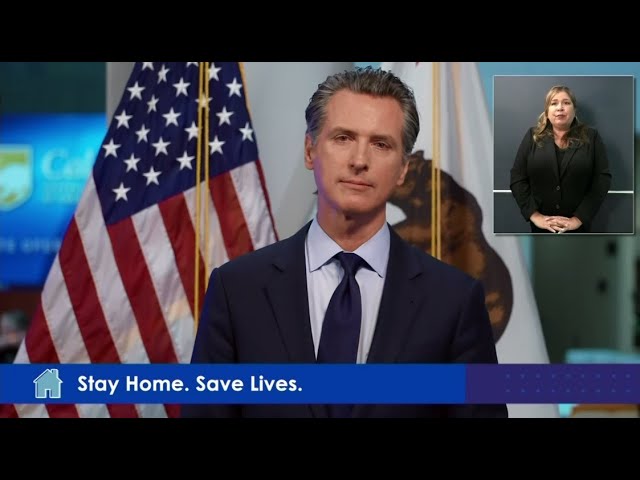 Health expert Dr. Zeke Emanuel made headlines earlier this week with his prediction that large scale gatherings like concerts and sporting events would not return until fall 2021 at the earliest, citing the problems inherent with maintaining social distancing at those types of events to prevent another spike in coronavirus infections.

Now California’s governor, Gavin Newsom, has echoed those predictions, saying at a press briefing on Tuesday, April 14, that large scale gatherings like concerts won’t be able to return until there is a vaccine and/or herd immunity has been achieved.

Herd immunity is achieved when a high enough percentage of the population has gained immunity from having already been infected with a disease, usually considered to be above 90%, but with social distancing in effect that’s not going to happen any time soon. Infectious disease experts have long been saying that it will take between 12 and 18 months to develop and properly test a vaccine before making it available to the general public, which would put us at some time between February and August 2021. Ergo Professor Emanuel’s “fall 2021” prediction.

When asked about how he envisions Californians spending the upcoming summer months, a time typically packed with large gatherings, Newsom said:

“The prospect of mass gatherings is negligible at best until we get to herd immunity and we get to a vaccine. So large-scale events that bring in hundreds, thousands, tens of thousands of strangers, all together across every conceivable difference, health and otherwise, is not in the cards based upon our current guidelines and current expectations.”

To drive the point home, Newsom added “When you suggest June, July, August, it is unlikely.”

Dr. Emanuel, vice provost for global initiatives and director of the Healthcare Transformation Institute at the University of Pennsylvania, added earlier this week that while large gatherings will be the last sectors of normal life to return, certain kinds of businesses will be able to reopen much sooner:

“Restaurants where you can space tables out, maybe sooner. In Hong Kong, Singapore and other places, we’re seeing resurgences when they open up and allow more activity. It’s going to be this roller coaster, up and down. The question is: When it goes up, can we do better testing and contact tracing so that we can focus on particular people and isolate them and not have to reimpose shelter-in-place for everyone as we did before?”

So, sorry folks: it’s an incredibly bitter pill to swallow, especially for those of us who derive our incomes from the live events industry (this website included), but it doesn’t seem concerts are coming back any time soon.