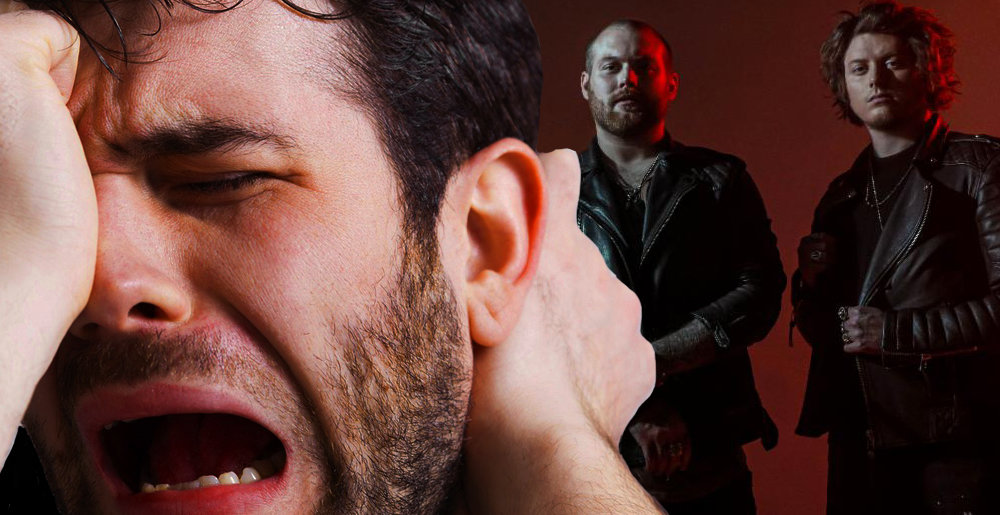 Listen to the New Asking Alexandria Song – It Will Drive the Idiot From Trapt Nuts!

Guys, this Twitter bullshit with Trapt frontman Chris Taylor Brown has left us in a weird position. See, normally, I would say that Sumerian Records — like most, if not all, labels — has some good artists and some bad ones. Makes sense, right? No two people will ever have completely identical tastes, so of course any given label is going to sign bands that I, an over-opinionated blogger, both like and dislike.

Having said that, Brown is… what’s the phrase I’m looking for? Ah, yes: a big dumb dummy. And Sumerian has become one of the top targets in his ongoing online rants.

Which brings us to the new Asking Alexandria single, “Down to Hell.” Folks, I loathe this band. So much so that I’m not even gonna listen to the song. The chances that I like it are one in a bajillion, and I have better shit to do with 3+ minutes of my life.

You probably see where I’m going with this.

Although I would never normally make such a recommendation, I think everyone should listen to Asking Alexandria on Spotify as much as they possibly can for the next few weeks.

You don’t even have to actually listen to them. Whenever you’re not using Spotify, just put Asking Alexandria on, turn the Spotify volume all the way down, and let it play. Keep it on repeat while you’re sleeping. I don’t care. Just keep pushing those AA numbers up as high as you can, and relish in the thought that it’s making Brown so sad he can’t even bring himself to put product in his hair. OH, THE HUMANITY!!!

‘The Retaliators’ is out on September 14.

We knew that Sumerian Records had branched out beyond just […]