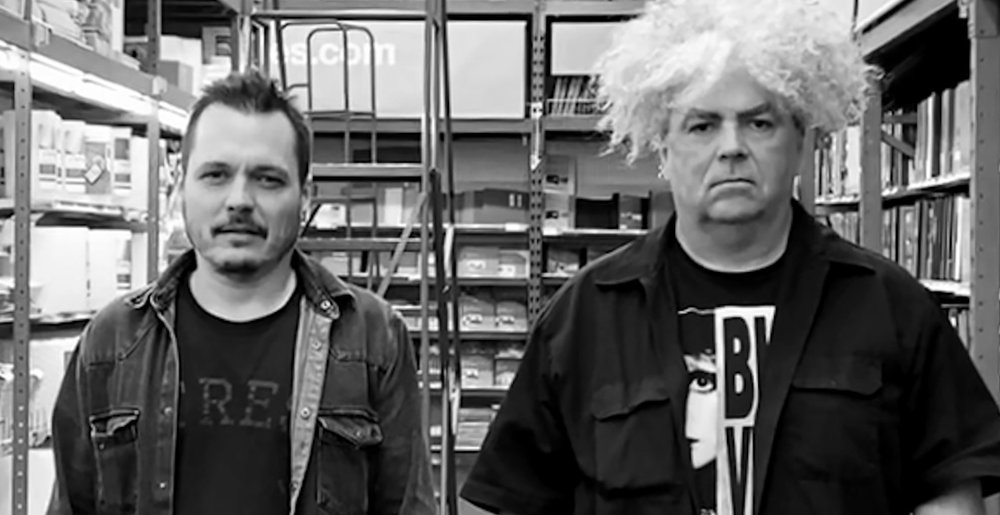 The Melvins’ Buzz Osborne, a.k.a. King Buzzo, has been forced to delay the release of his new solo album, Gift of Sacrifice, for reasons you can probably guess. Instead of coming out on May 15, the Ipecac Recordings release will now come out on August 14. All nine songs on the album include Mr. Bungle/ Tomahawk bassist Trevor Dunn.

Additionally, His Majesty has debuted a new single from the album, “I’m Glad I Could Help Out,” via via Consequence of Sound. You can check it out via the below video, which was created by Jesse Nieminen.

Metal Sucks Greatest Hits
0 -
Watch This Kid Perform Europe’s “The Final Countdown” Entirely with Hand-Farts
0 -
So As it Turns Out, Banging Your Head a Bunch Can Be Bad for Your Brain
0 -
Footnotes: A Handy Catalog of Every Song from Which Avenged Sevenfold’s Hail to the King “Borrows”
0 -
Carcass’ Swansong: A Newbie’s Retrospective Review
0 -
MetalSucks Readers Declare Pantera The Most Unnecessarily Shat Upon Band in Metal!!!
0 -
New Candidate for Most Metal Wedding Ever: Bride and Groom Shred Down the Aisle