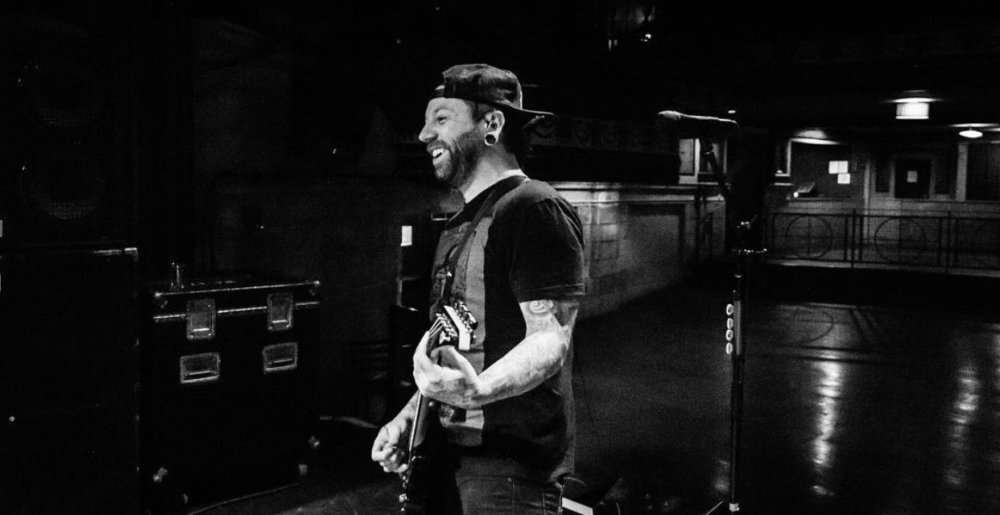 The metal world is still processing the death of Falling in Reverse guitarist Derek Jones. He was only 35 years old. No cause of death has yet been revealed publicly.

Falling in Reverse vocalist Ronnie Radke broke the news yesterday, and the band’s former but longtime drummer Ryan Seaman was quick to share his condolences as well. Since then, a number of notable musicians from around the metal community have expressed their sadness with public tributes to Derek. You can take a look at those below.

Jones joined Falling in Reverse in 2010 and appeared on all four of their albums. His fiancé and partner of ten years, Christina Cetta, died of cancer last November. A fundraiser to help cover her costs of treatment netted nearly $50,000.

On behalf of everyone at MetalSucks, we continue to wish Derek’s family, friends and bandmates the best during this tragic time.

Aaron Pauley (Of Mice and Men):

We will update this article as more tributes to Derek roll in.

Sponsored Links from Across the Internet
Show Comments
Related Articles
...And F*ck You Too 0
Ronnie Radke: “My Daddies Biker Gang Will Beat You Up”
September 16th, 2021 at 3:39pm Axl Rosenberg

The Falling in Reverse frontman threw a fit become someone wore a “Fuck Ronnie Radke” shirt to one of his shows.

Plus: upcoming streams by Foo Fighters, Cryptodira, Cradle of Filth and more.

Plus. coming soon: We Came as Romans, Korn, Insomnium, Devin Townsend, Cradle of Filth and more.