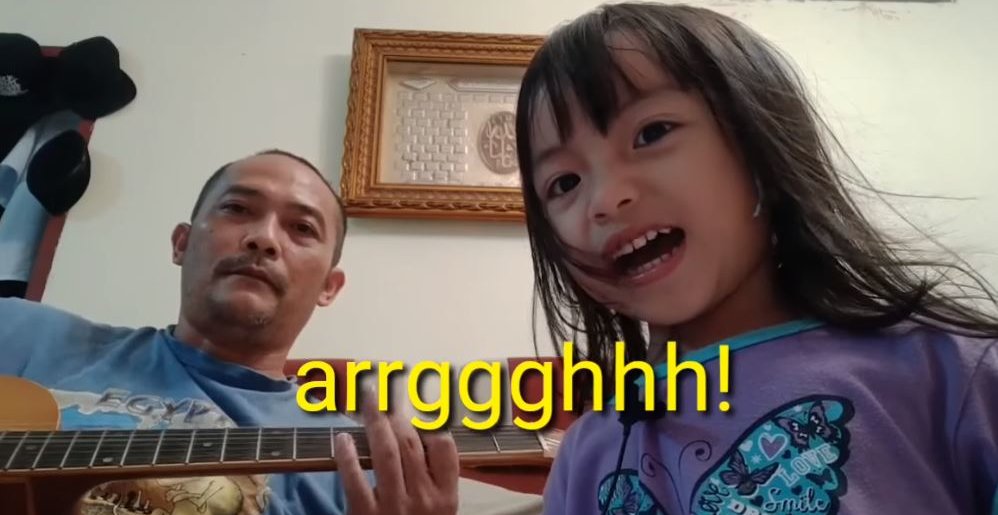 Little kid covers are all the rage (pun intended!) these days, whatwith children the world over cooped up with their parents, no sign of school reopening in sight. One little tyke recently did a spot on Corey Taylor impression to the delight of metalheads everywhere.

You know what else is, um… all the rage… right now for some reason? Rage Against the Machine covers, like this video of some dude slaying a medley of RATM songs on a slide guitar in the snowy woods.

Combine both of the above and you’ve got our latest viral video, which sees a three-year-old Audrey perform vocals for an abbreviated version of “Killing in the Name” while her dad, Ujang Ijon, plays guitar. The father told a newspaper in Malaysia, where the family lives, that his daughter just picked up the tune on her own when he played in the car.

Watch below! Like our headline says, the girl’s rendition of the song is FRIGGIN’ ADORABLE… and don’t worry, there’s no profanity.

The real Rage Against the Machine were set to embark upon a much-heralded reunion run this year, but the first leg of that has been canceled and the second leg almost certainly will be too. Keep up with our running list of the status of metal and hard rock tours here.