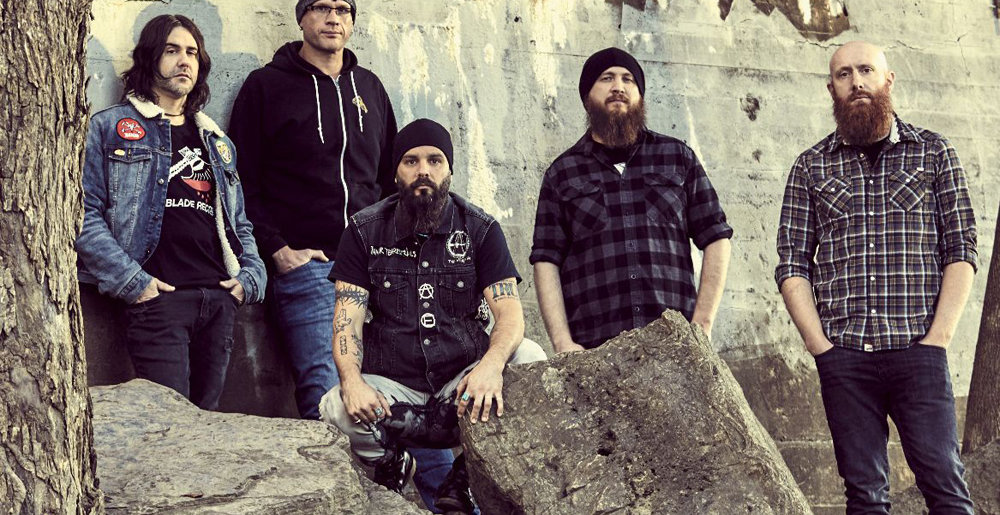 When a great band releases new music to help a worthycharity, we all win. So, big group hug: Killswitch Engage have released Atonement II B-Sides for Charity, a collection of six songs recorded during the sessions for last year’s Atonement… and 100% of the proceeds will be donated to the COVID-19 Relief Fund for the Center for Disaster Philanthropy.

“These songs didn’t make the final cut for ‘Atonement.’ Choosing which songs make an album remains a tough process for me. While the songs that made the most sense appear on the album, I’m still attached to every song I write. So, when the idea came up to put these B-Sides out and donate funds to a charity, I was relieved at the idea and the band unanimously agreed to the cause. I am proud these songs get to see a release, and to help others in the process is a huge bonus.

“These songs were written during a very difficult and uncertain time of my life. They are written with two perspectives: that of a struggling, angry, frustrated man having a crisis of faith, life, and love and a man finding the will and the strength to change perspective, try again, and to fight through it all. Although these songs may not have made the cut for the album, they are deeply meaningful songs that I believe in whole heartedly. Lyrically, they are some of my favorites that I have written. From the very personal ‘Hollow Convictions,’ ‘No Devotion,’ and ‘I Feel Alive Again,’ to the battle cry songs of ‘Killing of Leviathan,’ ‘Prophets of Treason,’ and ‘The Great Beyond,’ it tells the story of my journey and my view of the world around me.

“Big thanks to Metal Blade for partnering up with us on this! Also thank you to Center for Disaster Philanthropy for their amazing work! Lastly, thanks to all of you for purchasing the songs and contributing to helping those who are in desperate need during these uncertain times.”

The press release announcing Atonement II literally hit our inbox a few minutes ago, so I haven’t had a chance to check this thing out yet. But… it’s Killswitch Engage. Even if these are the six worst songs the band has ever recorded, they’re probably still really good. And your money is going to an excellent cause. So, like… why wouldn’t you buy this thing?

Atonement II is available exclusively as a pay-what-you-like release on Bandcamp today before hitting all other streaming platforms next Friday, May 8. You can stream it below, or just go ahead and purchase it here.