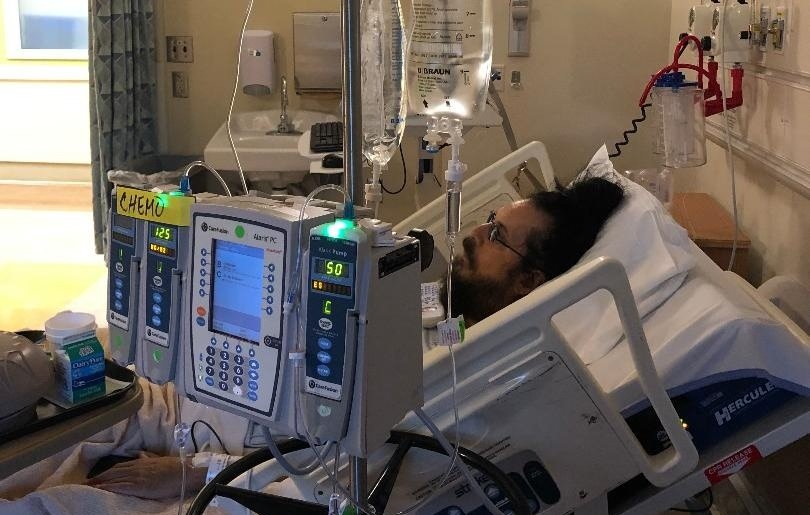 Quiet Riot drummer has been battling pancreatic cancer for roughly a year now, having been diagnosed in spring of 2019. He only announced that diagnosis last October, saying he was “on the mend” following chemotherapy and other treatments. As of February he was still undergoing chemotherapy in Los Angeles. The one to five year survival rate of this particular diagnosis is just 10%.

A friend of Frankie’s, Eden Beckett, has organized a GoFundMe to help his family with medical expenses not covered by insurance. Beckett explains of her decision to launch the fundraiser:

“Frankie and his wife Regina were with my husband Peter Beckett and I at a charity event raising money for a worthy cause just two days prior. He is a dear friend and we know him to be a very kind and generous person. No one deserves this, but Frankie being hit with this right now is especially heartbreaking for us. We share a love for animals with him and he and his wife have fostered many dogs and cats over the years.

“Frankie has been determined to beat it since he was diagnosed. He has undergone 17 rounds of chemo so far, and several palliative procedures to ease symptoms and has been able to make it past the one year point and even continue playing with the band. It has been a very difficult, painful and agonizing journey that is not nearly over. He has been getting second opinions, out of network follow up biopsies, infusions, and treatments of alternative therapies that have kept his body strong enough to withstand the chemo.

“This endeavor has accumulated a mountain of medical expenses and now with the pandemic canceling or postponing the entire spring touring season he [is] now being hit financially from the other side as well.”

As of press time, fans have contributed more than $21,000 of the campaigns’ $25,000 goal. We understand times are tough, but donate here if you’re able. We continue to wish Frankie all the best!

Nothing cynical about this.

Featuring threads from Judas Priest, Hardcore Superstar, A Band of Orcs, and more!

Metal Sucks Greatest Hits
0 -
Chris Brown Thinks Municipal Waste are a Fashion Statement
0 -
What If Metal Album Covers Were Truthful?
0 -
Avril Lavigne Must Be Stopped
0 -
What is the best subgenre of metal?? *please read*
0 -
Give a Heavy Metal Valentine’s Day Card to Someone You Love
0 -
David Lee Roth on Van Halen Brothers: “We Have Always Hated Each Other”