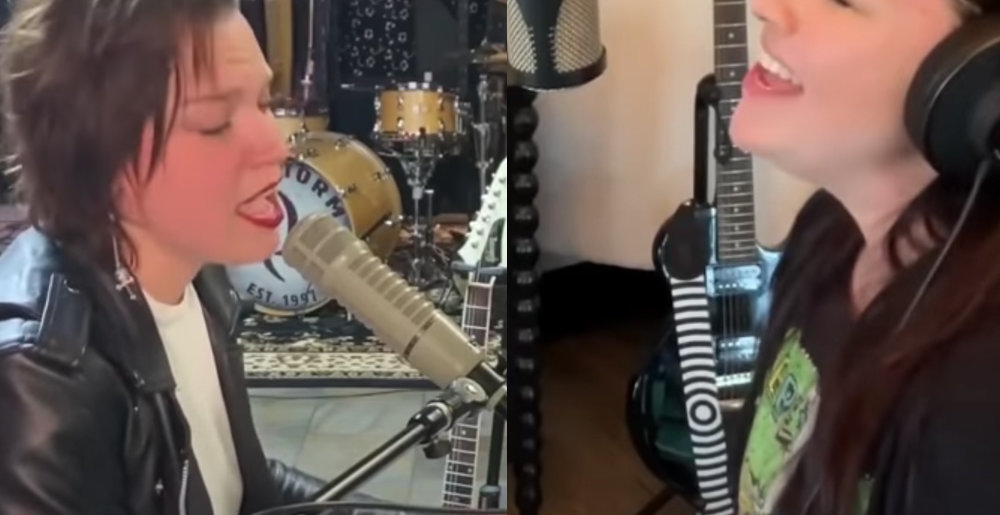 Halestorm vocalist Lzzy Hale and Evanescence singer Amy Lee have released a new version of Halestorm’s “Break In.” The original song appeared on Halestorm’s 2012 release, The Strange Case Of….

You can check out the new version of the song below, as well as an interview with the two women about the track. It will receive an official release in August.

Sponsored Links from Across the Internet
Show Comments
Related Articles
New Stuff 0
Lzzy Hale is a Scumdog in GWAR’s Video for “The Cutter”
October 19th, 2022 at 3:11pm Hesher Keenan