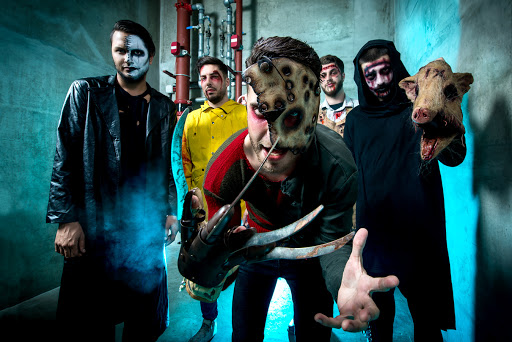 Ice Nine Kills have knocked out three birds with one stone on their latest release, a cover of the 2003 Fountains of Wayne hit, “Stacy’s Mom” that’s been re-dubbed “Jason’s Mom” and given horror-inspired Friday the 13th-themed lyrics:

Not bad, Ice Nine Kills, not bad, even I’ve never been much of a fan before. Jam it below along with the quarantine-filmed style of playthrough video that’s become de rigueur in these times.

Metal Sucks Greatest Hits
0 -
BREAKING: Some Local Band Called Shrapnel are Tired of You Leaving the Show Before Their Set
0 -
Metallica Release Official Animated “Master of Puppets” Lyric Video
0 -
Someone Made a Lemmy Doll from a Mr. Potatohead
0 -
Listen to Metallica’s “Nothing Else Matters” in a Major Scale
3520 -
RIGHT NOW: MetalSucks & Metal Injection Live Snark The Big Four!!!
220 -
Hey Guys, Did You Know That Virgin Steele are From Long Island?