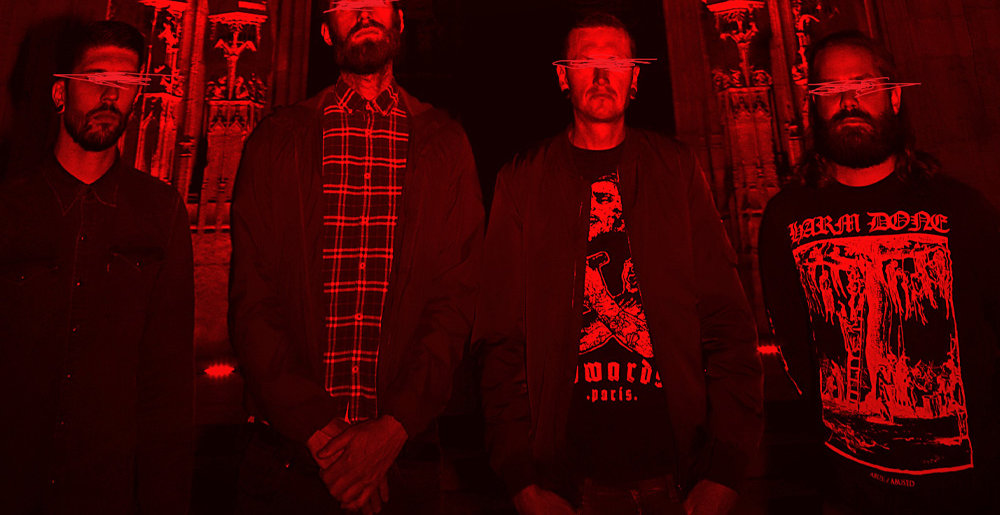 If Napalm Death, All Pigs Must Die, and Terra Incognita-era Gojira had a bastard hate child, that mean lil’ fucker might sound like Pilori. This French wrecking crew’s debut full-length, À Nos Morts (To Our Dead), offers up eleven tracks of cruel, carcinogenic deathgrind with a distinct hardcore influence, all caked in a concrete slab of still-smouldering, charcoal-black crust. À Nos Morts isn’t a record; it’s a nullifying cloud of acid raid, a snarling, drooling force of nature with a vice-like jaw and pants-shittingly large fangs, unleashed from the penetralia of Hell, a place so deep and dark that Satan doesn’t even dare venture there. It’s about as close to perfect as a band’s first album can get.

I implore you to check out À Nos Morts, which you can do below. It includes guest appearances by Dylan Walker (Full of Hell) and Matthias Jungbluth (Fange), and it’s out TODAY. Buy it here.