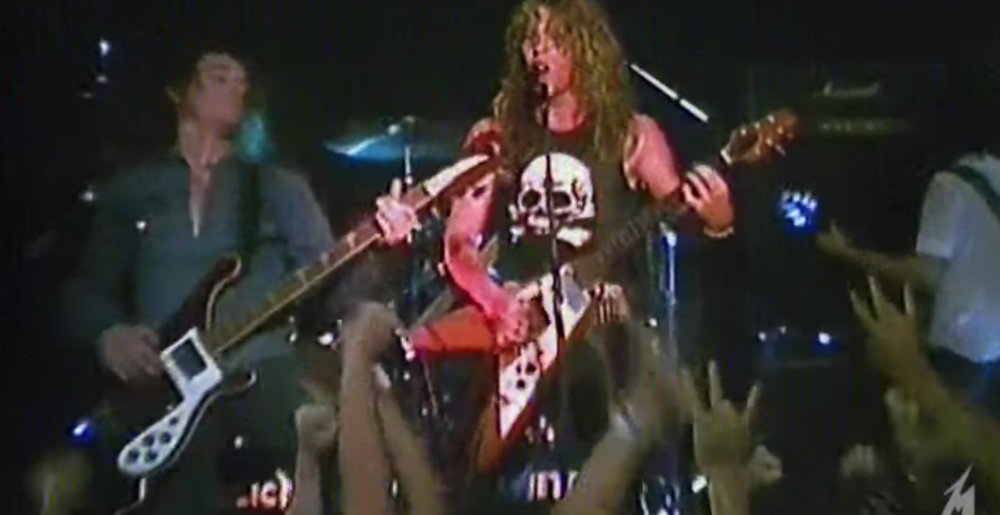 Classic Concert of the Day: Metallica at the Metro, Chicago, IL, 1983

To help pass the time, we’ll periodically be sharing a classic metal concert. Watch some of it, watch all of it, watch only one song… we don’t care! As it long as it provides you with a bit of entertainment.

Last night, as part of their ongoing “Metallica Mondays” series, Metallica shared their performance from the Metro in Chicago, IL on August 12, 1983. And even with crude video, and the fact that they had to cut out the first fifteen minutes of the show due to audio issues, it’s a must-watch for every Metallica fan. Half the band couldn’t even legally drink: James Hetfield had LITERALLY turned twenty-fucking-years-old just nine days prior, and Lars Ulrich was still nineteen. But beyond the “Aww, weren’t they cute?”-ness of it all, it provides some most-excellent footage of Cliff Burton just absolutely raging. It also just offers a lot of general insight into The Band That Would Be King: how their performances have changed so drastically in the 37-years since, and how it hasn’t. It’s great stuff.

Metal Sucks Greatest Hits
880 -
Anthrax: 101 Singers We’d Rather See Than Joey Belladonna
0 -
Exclusive Interview: Lamb Of God Drummer Chris Adler on Randy Blythe’s Imprisonment, Upcoming Tour and the Future of the Band
7810 -
Does Anyone Know What the Hell Clown from Slipknot Is Talking About?
0 -
Detailed Analysis: Vest Metal is Officially the Next Annoying Trend in Metal
0 -
Ministry’s Al Jourgensen: “I Got Paid to Humiliate Fred Durst”
0 -
Ten Reasons Why Record Labels Are Still Important