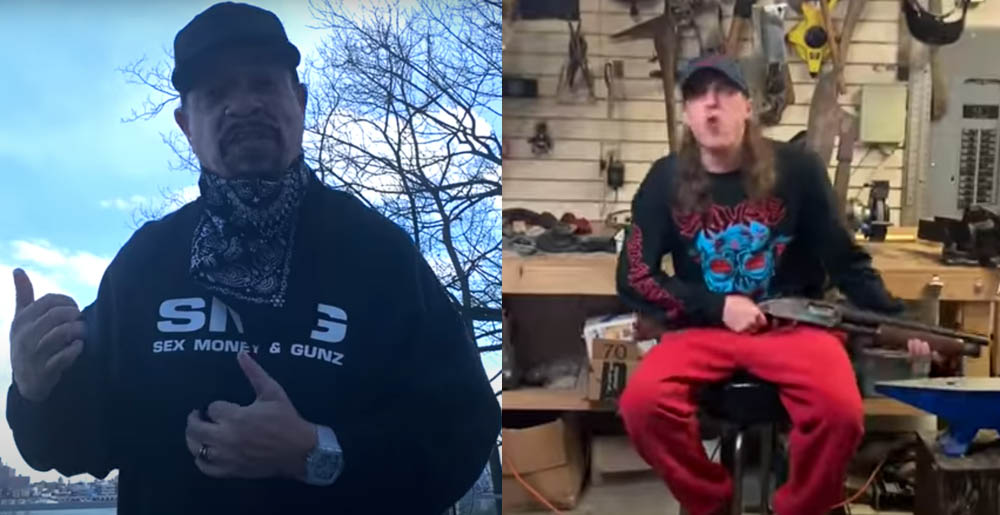 Given the recent alliance between Body Count frontman Ice-T and Power Trip vocalist Riley Gale in united opposition of Trapt idiot-in-chief Chris Taylor Brown, it’s a great sadness that their proposed charity boxing match never came to fruition, and an even greater shame Brown doesn’t appear in the new video for Body Count’s “Point The Finger,” which has a guest spot from Gale.

But it’s still a fun video! Shot entirely in quarantine at the band members’ homes, Jay Rodriguez of Itchy House Films deserves a friggin’ Emmy for the way he edited this thing together, making it every bit as exciting as a non-quarantine music video. Ice raps from a New Jersey balcony overlooking the Hudson River, Gale appears in his living room and workshop with a shotgun, and the rest of the band’s members deliver performances from various corners of their homes, all as the budding, barely bright green trees in the background perfectly capture this eternal spring we’ve all been trapped in. A-pluses all around here.

“Point the Finger” appears on Body Count’s new album, Carnivore, which is out now; order here.