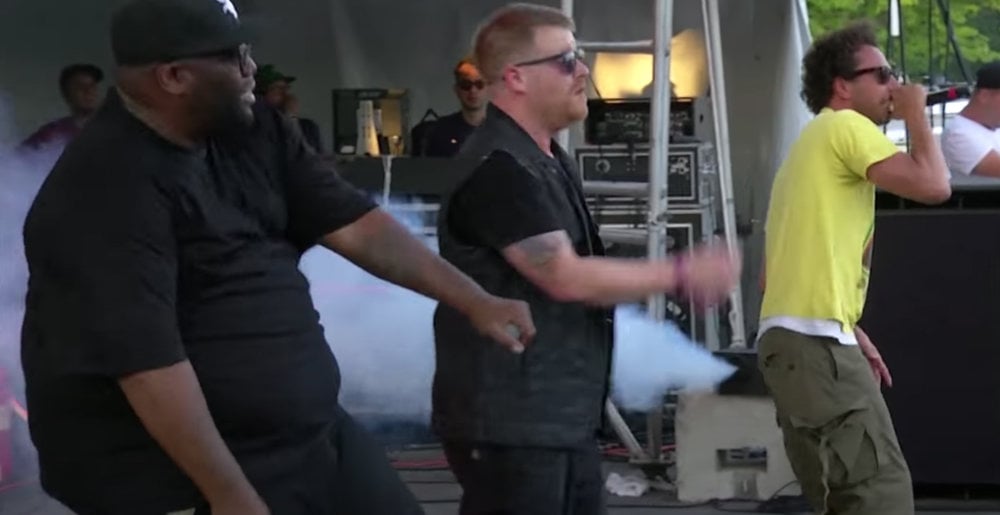 Somehow, against all odds, 2020 just keeps getting shittier and shittier. In fact, this may be the year’s shittiest week to date; it was starting to feel safe to go outside again without fear of contracting the coronavirus when it suddenly stopped being safe to go outside again for fear of running afoul of our racist, militaristic police force. I mean. FUCK, America. Get your shit together.

Although it’s something of a mild comfort, the decidedly metal-friendly hip-hop duo Run the Jewels did their part to increase fans’ quality of life by first announcing that their new album, RTJ4, would be given away for free, and then releasing that album today, two days ahead of its scheduled June 5 release date. Not for nothing did El-P once declare himself a mensch.

Why am I posting this news on MetalSucks, and not Hip-HopisWack, you ask? Because, as previously reported, one of the tracks on RTJ4, “JU$T,” includes a guest appearance by Zack de la Rocha. The Rage Against the Machine frontman previously appeared on RtJ’s 2014 track, “Close Your Eyes (And Count to Fuck).” You can listen to the track below.

There’s no way Run the Jewels could have known what this week would be like when they set RTJ4‘s release date… but holy shit, does the album ever feel relevant right now. You can stream or download the entire thing here.