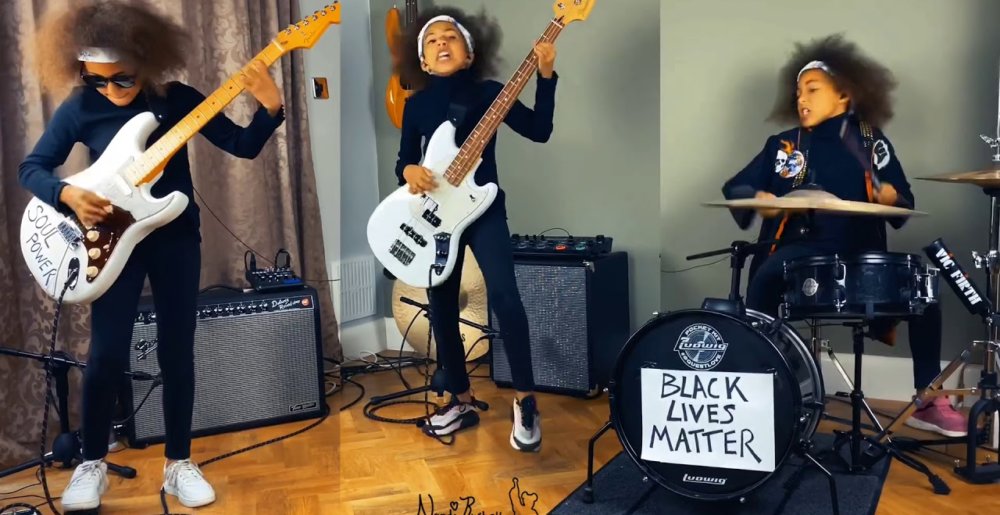 Can you imagine if Rage Against the Machine were touring right now, as they were supposed to before the pandemic upended the entire concert industry? Shit would be popping off, just insane… I can only imagine the cathartic energy at those concerts as the power of Rage’s message reverberated even louder than ever.

Ten-year-old Nandi Bushell has attempted to channel some of that energy with a cover of the band’s 1999 hit, “Guerrilla Radio,” handling drums, bass and guitar for a minute-long segment of the track. The young musician’s bass drum head has a “Black Lives Matter” sign taped on, and Nandi takes a knee at the end of the video, echoing NFL star Colin Kaepernick’s 2016 protest against police brutality.

Rage guitarist Tom Morello took notice of the video and voiced his support on Twitter, saying “Well now we are on the right track.”

This isn’t Nandi’s first cover of Rage Against the Machine, nor is it her first dance with heavy music: she covered “Killing in the Name” last year, and has posted versions of songs by Metallica, System of a Down, Nirvana, Queens of the Stone Age, Guns N’ Roses, Halestorm and more. You can watch all of those here.

Watch her latest below! The youth are alright.