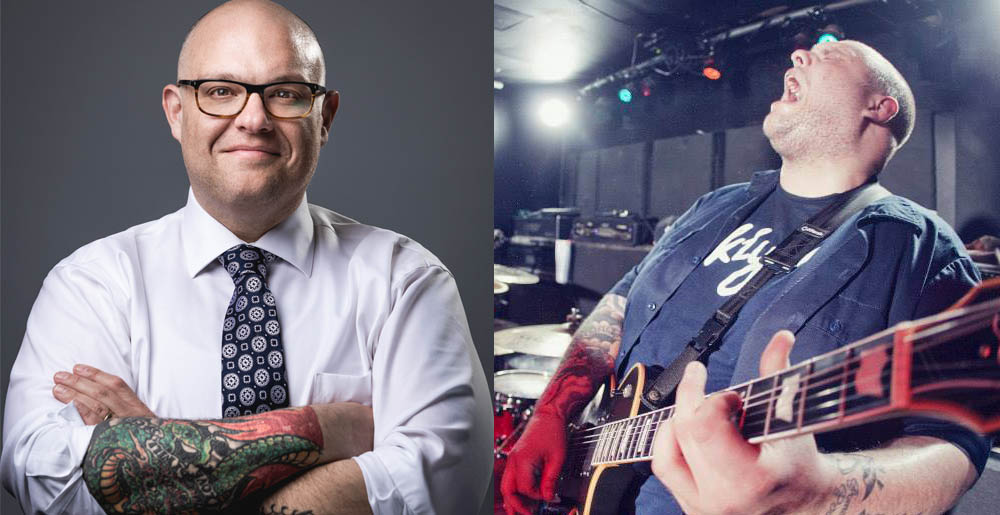 Indecision and Most Precious Blood guitarist Justin Brannan has been fighting for progressive values and social justice causes on behalf of the people in his native Bay Ridge, Brooklyn since 2017, when he was elected to the City Council, New York City’s main lawmaking body. We highly recommend giving him a follow on Twitter, where he keeps it real on both political and metal/hardcore levels and consistently finds ways to be both humorous and on-point.

Brannan got a major publicity boost yesterday when conservative journalist Andy Ngo, who has 400,000 followers, attempted to expose ties between Brannan and Urooj Rahman, a Brooklyn lawyer arrested for allegedly throwing a Molotov cocktail at an unoccupied NYPD vehicle on Saturday morning, saying:

“.@NYCCouncil member, @JustinBrannan, what is your relationship with firebombing terror suspect Urooj Rahman? You’ve deleted your tweets interacting with her. And have been deleting your tweets defending antifa, too. http://archive.vn/u84By“

Lambgoat reports that Donald Trump Jr. then retweeted Ngo’s message to his own 5.1 million followers, prompting a response from Brannan which read:

“Never met her [Rahman]. She tweeted at me once before I took office. What she is alleged to have done is reprehensible.

“Wait… you get cell service in the bunker?

And that was the end of it. Brannan for the zing!

I do have to wonder why Brannan deemed it necessary to delete that tweet about antifa; I understand it’s probably not a great look politically, but neither is deletion, and there’s nothing in that tweet to be ashamed of. [Update! Brannan has informwed MetalSucks he did not delete any tweets. Andy Ngo’s claim is false. -Ed.]

Once again, that follow link for Brannan: right here.

He made the comments while defending… Donald Trump Jr.