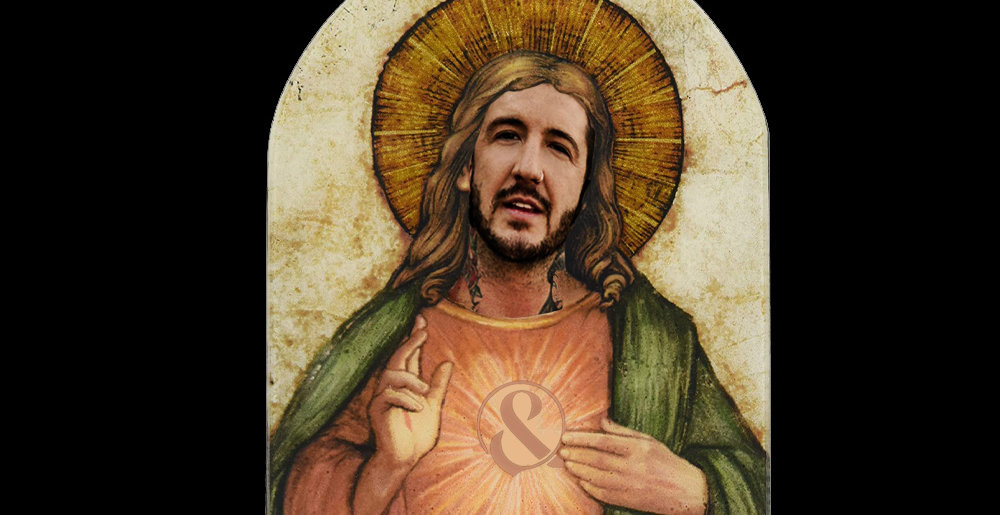 I know times are tough all over, but this oughta make you feel better: in a new series of tweets, Austin Carlile, former vocalist for Of Miche & Men, says that the son of God Himself, Jesus Christ, “is coming back soon,” presumably to save us all. HALLELUJAH!!!

To Carlile’s credit, the Jesus he envisions is not the hateful bigot so many of us have been told about by Christian groups for centuries, but a kinder, gentler Jesus who actually at least somewhat resembles the “Love thy neighbor” and “Turn the other cheek” dude from The Bible. Carlile encourages us all to “come as you are now,” and goes so far as to acknowledge that racism a “sin,” and kinda-sorta express being cool with the LGBTQ community (he says members of that community are welcome in the church, but then almost immediately says that “a sin is a sin;” it’s not clear if he means that homosexuality is a sin that can be forgiven or if his syntax is just lacking in clarity).

To Carlile’s discredit, he does not give a precise timeline for Jesus’ return. Nor does he address the squillions of others who have also promised that Jesus would be coming back sooner rather than later, despite the fact that such failed assurances have made a lot of us cynical about whether or not The Messiah will ever return (Christianity, would could say, has become “The religion that cried ‘Jesus.’”)

You can read all of Carlile’s tweets announcing the big news below.

The track is “about grieving the death of a family member,” according to bassist/singer Aaron Pauley.

Metal Sucks Greatest Hits
0 -
Rigged: Jeff Loomis
0 -
BREAKING: Slipknot Guitarist Mick Thomson Stabbed in the Head by Brother
2860 -
What is the Best Christian Metal/Hardcore Band???? [you’re moshing 4 Christ]
300 -
Sebastian Bach: The MetalSucks Interview
2060 -
How Metal Nerds Choose What Bands To Like: A Scientific Model
0 -
Has Moshing Turned Into a Form of Bullying?