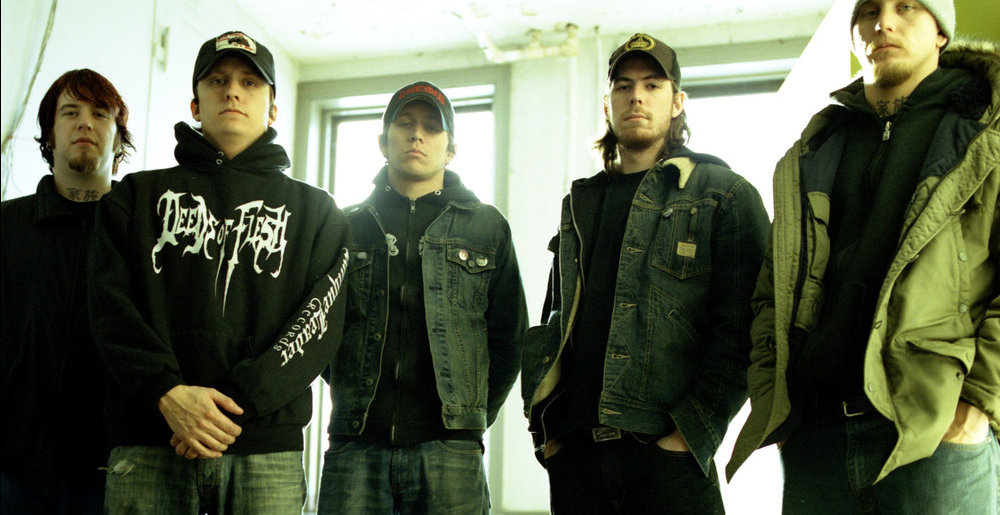 Michael Gaytan (above, second from the left), guitarist and co-founder of the Ohio hardcore band Premonitions of War, has been arrested and charged with felony transportation, possession of illegal currency used to facilitate the purchase of illegal narcotics, and money laundering.

Nebraska’s KHGI reports that Gaytan, 42, was arrested following a traffic stop by Seward County Sheriff Mike Vance on Wednesday, June 10. In the course of conducting the traffic stop, Sheriff Vance “became suspicious that the driver and only occupant of the vehicle was involved in criminal activity.” Sheriff Vance subsequently requested (and was presumably granted) consent to search Gaytan’s Chevy Silverado pickup. With the help of his police dog, Sheriff Vance ultimately found multiple duffle bags, which were filled with roughly $1.9 million. “Federal charges will be forthcoming,” according to the report.

Gaytan has run afoul of the law before: in 2014, the guitarist, his wife, and PoW bassist Danny Garcia were all arrested for participating in a massive, violent brawl at that year’s Firefest.

Lambgoat notes that another co-founder of Premonitions of War, current Walls of Jericho drummer Dustin Schoenhofer, was arrested this past October under not dissimilar circumstances: he was pulled over for speeding, whereupon cops found 632 lbs. of marijuana in his pickup truck.

Premonitions of War broke up in 2005, but have played the occasional reunion show since then.

Sponsored Links from Across the Internet
Show Comments
Related Articles
Events 0
Don’t Call it a Comeback (or a Fest): See See You Next Tuesday This September
June 17th, 2015 at 2:00pm MetalSucks

Breaking the Law 0
Premonitions of War Members Michael Gaytan and Danny Garcia Among Those Arrested for Firefest Fracas
April 22nd, 2014 at 2:30pm MetalSucks

Gaytan’s wife, Kelly, was also arrested for participating in the brawl.

Everyone's Replaceable 0
Fit For An Autopsy Part Ways with Vocalist Nate Johnson, Turn His Name Into a Verb
April 16th, 2014 at 11:30am MetalSucks

Metal Sucks Greatest Hits
0 -
Exclusive Interview: Lamb Of God Drummer Chris Adler on Randy Blythe’s Imprisonment, Upcoming Tour and the Future of the Band
2510 -
Rose Funeral: The Uno Incident?
0 -
Two Eleven-Year-Olds from Brooklyn Start a Metal Band, Awesomeness Ensues
0 -
Deicide’s Glen Benton Sells Out, Tells Fans to Stop Moshing So Violently
0 -
Give a Heavy Metal Valentine’s Day Card to Someone You Love
0 -
Nazi Imagery: Why Watain and Marduk Don’t Get a Pass While Slayer and Metallica Do