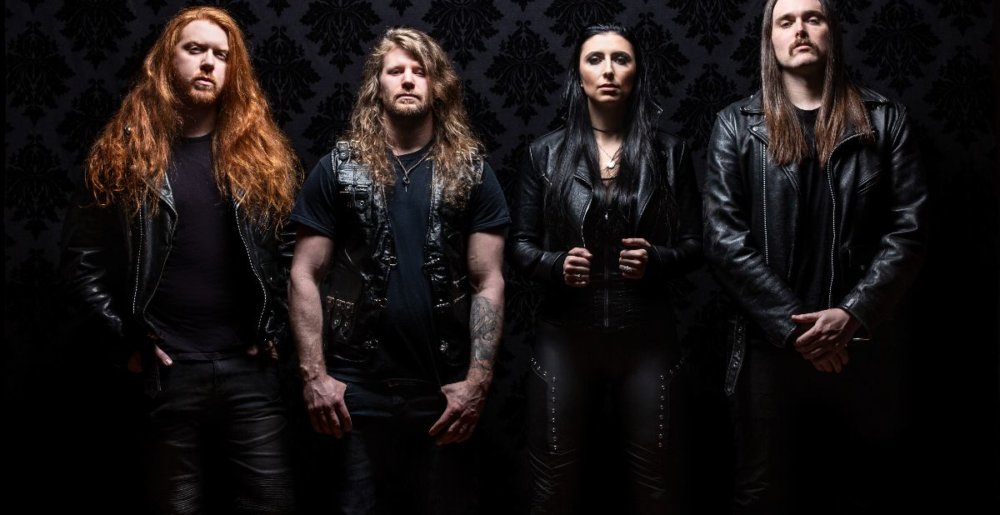 Three cheers for whichever person at Napalm Records is responsible for social network marketing, because for months I’ve seen nothing but Unleash the Archers videos autoplay after whatever it is I’m watching. Either through selective grooming or sheer repetition I’ve come to realize that the band is phenomenal, and now I’m a fan. It worked! Give that person a raise!

“Abyss,” their latest single, is a perfect example of what makes this band special. It’s based in power metal — so if that’s not your thing at all you probably won’t dig it — but it’s way more urgent, riff-based and less over-the-top cheesy. No gimmicks, just great songwriting and top-notch playing. So maybe there’s hope for you power metal haters after all.

This video is rad, too. It starts out as if it’s gonna be a boring band-in-a-room clip, but ends up being anything but. I won’t ruin the fun for you by outlining the plot… just watch.

Abyss comes out on August 21 via the aforementioned algorithmically attuned Napalm Records: get it here.