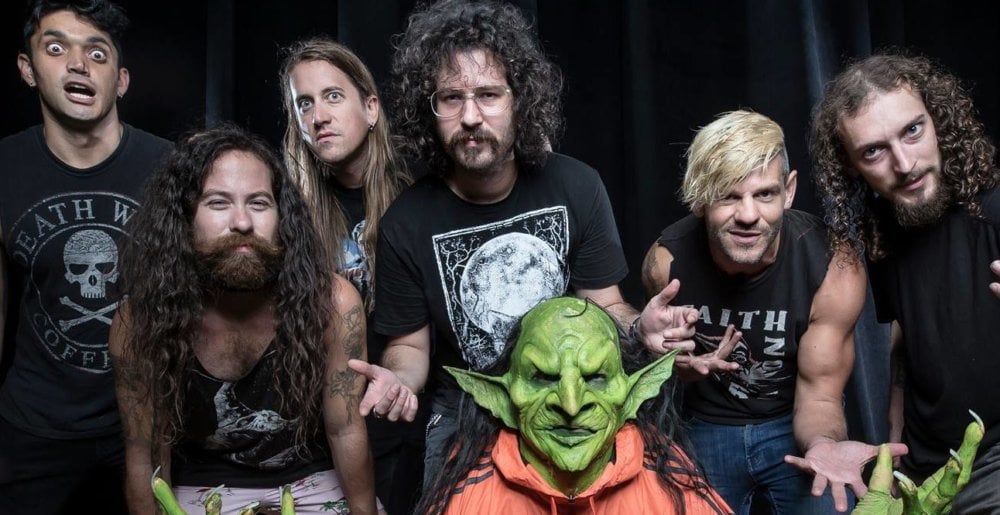 Nekrogoblikon have put their trademark imprint of zaniness, electronica and other eclectic influences upon System of a Down’s well-known hit, “Chop Suey,” in a version of the track that’s surely unlike any way you’ve ever heard it before. Despite the somber nature of Serj Tankians lyrics, a small dose of levity is quite welcome in these times.

The band released the following statement along with the cover:

“Well gang, it’s here. If memory serves, we started the journey on this song about a year ago. But you know how things go. Sometimes, they don’t. At least not as quickly as you’d like or expect. But since nobody is allowed to leave the house ever again, or fly to Florida to record the next album with Jason Suecof, we thought it was time we take this one home and release it for you, since we’ve all been stuck at home releasing nothing but farts and c**.

“Of all the many thousands of songs we would love to cover as a band, this one was at the top of the no-brainer list, for several reasons:

“1. Nicky’s Armenian heritage
2. It is such a legendary singalong classic for metal nerds like us
3. Ignites the Nü spirit of the world which burns as bright as the flame decals on our pickup trucks and button-up shirts, perfectly accentuating our chain wallets, spiked hair, JNCO jeans, and ball necklaces
4. Honor to share the stage
5. Can I borrow your amp
6. Probably another reason too
69. Chop Fucking Suey

“We hope you enjoy it and we hope you’re staying safe and sane.

“As long as you don’t forget about us, we’ll come back to see you some day.

MetalSucks attempted to reach System drummer John Dolmayan for clarification on whether his comment that Donald Trump is “the greatest friend to minorities” extends to goblins, but we did not hear back as of press time.

Tags: Nekrogoblikon, system of a down

Metal Sucks Greatest Hits
820 -
Rigged: Dream Theater’s Mike Mangini Takes You Through Every Piece of His Mega-Drumkit [Part 1]
0 -
David Hasselhoff’s “True Survivor” Music Video Just Broke the Internet
0 -
Why There Will Never Be Another Metal Band as Big as Metallica
0 -
Editorial: Slayer Should Become Professional Songwriters
0 -
Thirty of the Worst Heavy Metal Album Covers of All Time
0 -
Just in Time for Passover: Big Four Yarmulkes?!?!