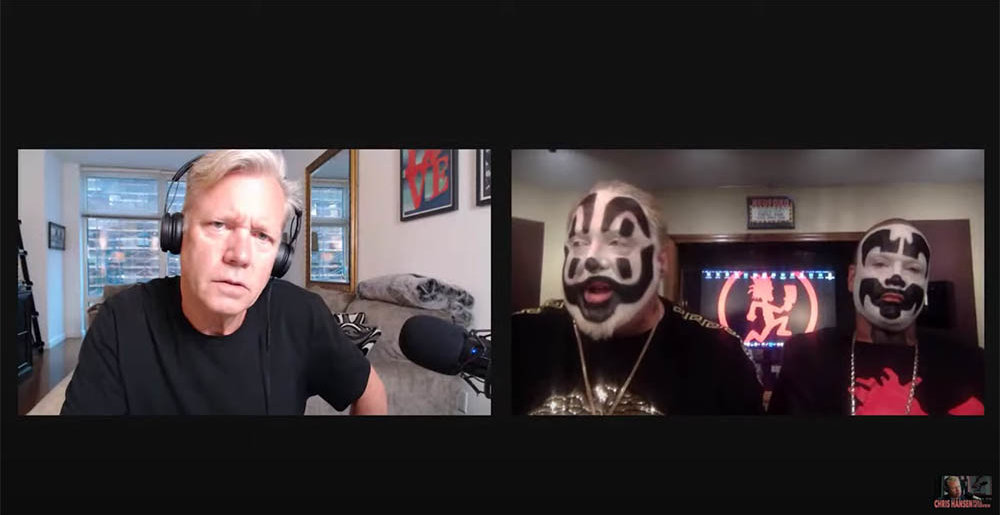 Following their proclamation earlier this week that Blood on the Dance Floor frontman and unconvicted pedophile Dahvie Vanity is “Juggalo enemy number 1,” and instructing their fans to “Pick up a heavy object and inflict necessary beat down,” Insane Clown Posse were invited onto Have a Seat with Chris Hansen, hosted by the long-running journalist best known for the TV series devoted to outing child sexual predators, To Catch a Predator.

In the hour-long chat, ICP’s Violent J and Shaggy 2 Dope speak at length about how they first learned of Vanity’s exploits (it was via Hansen himself), and why they feel so passionately about bringing Vanity to justice, saying that they’re horrified a fellow entertainer with a similar “gimmick” as ICP (make up, etc.) would abuse their privilege to groom underage girls. They also discuss their own experiences with young girls who are fans of Insane Clown Posse.

The statement ICP issued this past weekend reads as follows:

“For some lame ass reason, he calls himself Dahvie Vanity… pronounced “Sick Fuck”. But his real name is “Jesus Torres”. Former vocalist of some bullshit band called Blood On The Dance Floor! Active, free-roaming, unconvicted, fuckin’ PEDOPHILE! Out here, free-roaming! PEDOPHILING! Look him up now!

“If you spot this free-roaming beast out in public somewhere… you know what to do. Pick up a heavy object and inflict necessary beat down!!! Just make sure it’s the correct guy first and not some other totally innocent, peacock wig-wearing fuckin’ fool!

You can watch the entire interview below.